A detailed executive-onboarding strategy is key.

The problem, of course, is not new, even though some companies tackle it better than others. A 2018 survey of 400 CEOs conducted by the international leadership-advisory firm Egon Zehnder found that only 38% of external executive hires and 28% of internal executive hires felt they were fully prepared for their new roles.

“These roles are unfolding in a world that has become more complex,” says Lena Triantogiannis, partner in Egon Zehnder’s Athens office and co-leader of the firm’s global integration practice. “Newly appointed leaders are finding themselves having to step into organizations and roles that are quite demanding and challenging.”

“I think this is about value missed or value seized,” he says. “Frankly, giving someone a telephone directory and an office, a chair and a computer doesn’t really do that.”

Replacement execs are often hired due to an incumbent’s poor performance in meeting strategic goals, says Egon Zehnder’s Byford. Although companies may feel pressured to get someone quickly, the situation with the previous exec should serve as a reminder to provide the new hire with good grounding.

All executive onboarding should include helping them understand the company’s stakeholders and the organization’s culture, says Egon Zehnder’s Triantogiannis, adding that other elements depend on the individual position. “In roles where somebody has a higher degree of international visibility, deciding on where [they’re] going to show up, when and in what sequence, is a detail that becomes very important.”

Byford cited the case of a newly hired global pharmaceutical executive who had a color-coded chart showing which sites he was going to visit over the course of about six months. One recently acquired large operation was on the calendar for a visit three months out. That schedule was sending a signal—and it wasn’t a good one.

“It was not hard for him to reorient [his schedule and] put it near the front. Then, the signaling was quite the opposite,” says Byford.

Full story: Maura C Ciccarelli: This is How to Really Set You New Execs Up for Success HR Executive (14 August 2019) 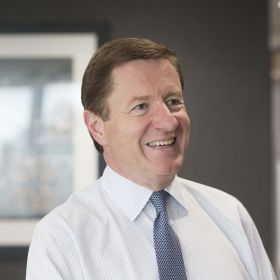