Creating an environment that encourages vitality

Fritjof Capra on the dual nature of companies, a holistic un­der­stan­ding of the world, and what we can learn from Leonardo da Vinci

Making unlikely connections, linking diverse disciplines, and seeing patterns in apparent randomness are key aspects of the thinking and world-view of physicist, systems theorist and philosopher Fritjof Capra. In an interview with THE FOCUS, Capra explains how he sees businesses as dynamic networks – and how modern the work of Renaissance artist Leonardo da Vinci actually is.

Focus: Your first major book, The Tao of Physics, is subtitled An Exploration of the Parallels between Modern Physics and Eastern Mysticism. What exactly are those parallels?

Fritjof Capra: Twentieth century physics has made it clear that our traditional understanding of the world doesn’t tell the whole story. In atomic and sub-atomic physics, discrete units seem to be breaking down to form a single network of energetic relationships. Eastern philosophers have always argued that it was an illusion to think the world is made up of discrete elements, but modern physics didn’t begin to get to grips with that idea until the 1970s. Werner Heisenberg explained it at the time by the uncertainty principle: he argued that although we could define objects as discrete entities, that definition was only very approximate and actually depended on the way in which we observed them. It seemed to me that the huge insight offered by twentieth century science was that it went beyond making individual parallels to establish genuine convergence.

Focus: So where are we today in terms of that insight – that modern physics and eastern mysticism actually share a world-view?

Capra: Science has largely accepted the paradigm shift, but when I gave a lecture at what’s now the International Laboratory for Particle Physics at CERN in the early 1970s, many eminent physicists didn’t take my work seriously, although they were very kind to me. They thought I had good entertainment value but not much more. Then, a few years ago, CERN celebrated its fiftieth anniversary and to mark the occasion, India sent a gift of a large bronze statue of Shiva. The plaque on the base quoted The Tao of Physics, linking Shiva the Cosmic Dancer to the cosmic dance of particles. I was delighted, of course, and in fact, I think there’s been even more convergence since then. We can see it not only in physics but also in biology, in cognitive science and in social science. There’s now a real dialogue – a confluence, if you like, ideas flowing into one another – between western traditions and practices and eastern mysticism. 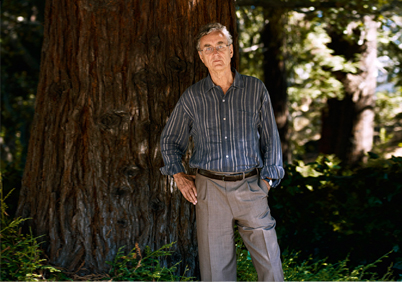 Focus: Your book The Hidden Connections is a foray into the social sciences. As a natural scientist, what interested you about the way people work together?

Capra: I grappled with the subject for years. In 1996, I explored the biological and cognitive dimensions of life in The Web of Life. In The Hidden Connections, I extend my reach to the social dimension and formulate a synthesis of all three aspects – biological, cognitive and social. I wanted to know whether we can describe a human organization as a living organism and if so, how and why.

Focus: And what was your answer?

Capra: The answer was yes and no. All social organizations and all businesses have a dual nature. They are planned for a specific purpose and designed accordingly. Commercial businesses exist to generate profit; religious communities exist to strengthen and disseminate faith. That’s one aspect of the nature of social organizations. But they’re also communities of individuals, and as living organisms, they naturally tend to want to share with each other and form informal networks – networks of practice, as they’re known in the literature. It’s these networks that give organizations vitality. So up to a point, businesses are living organisms; the more they are networked with each other and the more support those networks have, the more alive a business is – more adaptable, more flexible, and more creative.

Focus: Yet many theorists liken businesses to machines…

Capra: There’s a huge danger that we focus on just one aspect of their nature and ignore the other. Our current mechanistic perception of business means that we tend to look at how it’s constructed, focusing on fine-tuning and re-engineering it, but that means we overlook the fact that companies are informal networks. Now, if we’re to take that dimension into account, we need to approach companies quite differently. And that means switching from a quantitative approach to a qualitative one, because we can’t quantify human relationships. It also has consequences for management styles. Managers need to be concerned less with giving direction and much more with creating the conditions in which the vitality of the company can develop and creativity can come into play.

Focus: Are some businesses already putting that into practice, or are they still being managed like machines?

Capra: The problem for businesses is that they operate in an environment that has yet to adopt these ideas. The criteria by which the outside world judges companies are often purely quantitative ones. Frequently, all that people are interested in is the bottom line, and no one gives any thought to whether companies foster the development of their people or whether employees are encouraged to contribute ideas and develop their potential for the company. Entrepreneurs who really believe in a new style of management need a two-pronged approach – they need to think both quantitatively and qualitatively.

Focus: How do businesses change and renew themselves?

Capra: Businesses are networks of relationships; something happens, it influences behavior, and there’s a feedback loop. In such inter-relationships, any small disruption, any tiny influence can repeat, take a hold and multiply until it grows into a real crisis.

All it needs is a chance remark by someone for there to be unease and uncertainty among colleagues and disruption that can’t just be absorbed. It causes anxiety and fundamentally destabilizes the system. People start to doubt what they already know and to question structures and processes. This chaotic state then spontaneously produces something new. Theorists call that ‘emergence’. Emergence isn’t managed; it’s the result of collective creativity.

Focus: So there’s a close link between crisis, even existential crisis, and creativity?

Capra: Yes, and artists are particularly aware of how a crisis can trigger the creative process. Marcel Proust captures the link wonderfully in A la Recherche du Temps Perdu when he describes how a lack of creativity stops us from plumbing the depths of suffering, but also how existential suffering in the world can bring a feeling of joy at discovering new and surprising phenomena. Now, business crises are, of course, less emotional than artistic ones, but uncertainty and loss of control can still trigger innovation.

Focus: So how can businesses promote emergence?

Capra: They have to allow disruption, they must be open to outside influences, and they can’t afford to cut themselves off. Creativity needs open systems. I call it “deciding to be disturbed”. Managers have to understand that uncertainty is part and parcel of the creative process, they have to facilitate networks.

Focus: How do you see the ideal company management?

Capra: Ideally, a company has two types of leader. One represents stability, values, a clear vision and a very precise direction for the company. The other promotes openness and emergence; that type works by creating the right conditions rather than plotting a course. Perhaps it’s fair to say that having more women and greater cultural diversity in the higher echelons of a company’s management makes this ideal easier to achieve. I’d go further: it’s particularly important at this stage in history to create spaces in which people can think, reflect and network with one another.

Focus: Your most recent book is about Leonardo da Vinci. What did you find so fascinating about this Renaissance artist?

Capra: I’ve been fascinated by his life and work since the days of The Tao of Physics. I was living in London at the time and researching the history of natural sciences when I stumbled across something Leonardo said: “First I shall do some experiments before I proceed farther…” He was calling for an empirical approach to research, and in that he was way ahead of his time. Observing nature is the starting-point for all knowledge. Then, 20 years later, I went to a major Leonardo exhibition and it struck me that his drawings represent mutations of patterns. For example, he compares spirals in plant organisms with spirals in human hair. Although engineering was his great strength, and he invented any number of machines, his world-view was organic, which makes him very contemporary. And that’s what my book is about.

“We need the networked thinking of a Leonardo da Vinci today more than ever.”

Focus: How exactly is he contemporary?

Capra: We need the networked thinking of a Leonardo da Vinci today more than ever. Leonardo was the prototypical systems thinker. For him, understanding a problem was always about relating it to other phenomena and identifying similar patterns. The problems our world faces today are all interlinked. We can’t tackle them in isolation, because they’re multifaceted and they call for integrated thought processes. Another point is that the ‘green’ Leonardo I discovered could hardly be more contemporary. He had a profound respect for nature, which he treated as a source of learning.

Focus: You’ve spent decades observing the way we treat our world. Has that made you more pessimistic over time?

Capra: In some ways, I’ve become more skeptical, because I can see how parochial and short-sighted the world of politics is. But I’m also optimistic, because I can see that the paradigm shift from machine to network is gaining more and more ground. The younger generation is particularly network-oriented: they set off without knowing where they’re going to meet, or when, but they still manage to meet up. Their relationship with time and space is quite different from ours, and I think they’re developing practices that reflect a networked world-view.

The interview with Fritjof Capra at the Center for Ecoliteracy in Berkeley, California, was conducted by Joanne W. Yun, Egon Zehnder, San Francisco, and Ulrike Mertens, THE FOCUS (right).

Born in Vienna in 1939, Fritjof Capra is a scientist and author who could fairly be described as the “doyen of convergence”. His training and doctorate are in modern physics, but as early as the 1970s, he expanded his theoretical reach well beyond the traditional confines of the discipline to connect modern physics with insights from western and eastern philosophy, biology, psychology and sociology. Capra’s first popular science book, The Tao of Physics (1975), earned him international acclaim. Just seven years later, he published The Turning Point (1982), a major contribution to the debate about the future of humanity that was also influential in New Age circles. More recently, Capra has applied systems theory to the analysis of social organizations in The Hidden Connections (2002). In his latest book, The Science of Leonardo (2007), he argues that Leonardo da Vinci was ahead of his time as a modern holistic thinker and is a fitting inspiration for the twenty-first century. 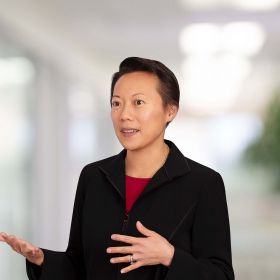 Joanne Yun, PhD
San Francisco
Based in San Francisco and Palo Alto, Joanne Yun is a member of Egon Zehnder’s Health Practice. In addition to her board and commercial…
詳細...