Our top digital business and talent trend picks from the Mobile World Congress: The “Connected Society” Comes Into View

Were you among the 100,000 visitors at the Mobile World Congress (MWC) this year in Barcelona (the largest digital and mobile event in the world, along with CES in Las Vegas)? Not even the public transportation strike—and no Uber in Spain!— could dampen the energy, networking and insights that make the Congress a must-attend event for the industry.

On Tuesday, we hosted our 10th annual tapas party for Ivy League alumni, where we asked the 50 senior VC/digital/tech executives in attendance for their predictions of the big changes we will see in the coming decade. Included among the responses were:

As we look back on the Congress as a whole, we picked six major themes for mobile in the coming years:

The mobile industry has embarked on a massive long-term project. Ericsson calls it the “Networked Society” and Vodafone the “Gigabit Society,” but these are just different terms for the same thing: the creation of a connected world spanning billions of people and tens of billions of devices, sensors and machines. This reaches far beyond the Internet of Things (IoT), the Industrial Internet or even a “Moore’s Law for the mobile industry”—indeed, it is more ambitious than anything the telco industry has attempted before, including the move from fixed to wireless then from voice to data or any of the jumps to 2G, 3G or 4G.

Connecting all these people and devices will be based on 5G network technology, which will bring a) massive ubiquitous bandwidth and improved signaling efficiency across a wide range of spectra (enabling a drone to fly down a narrow corridor between buildings or the streaming of wireless 4K Ultra High Definition content into the home) and b) very low latency, providing, for example, the extreme responsiveness needed for self-driving cars.

However, the consensus is that even the most innovative carriers will not be ready to launch commercial 5G-based services before 2020. Once that happens, telcos will need to be hugely adaptive as their business will change radically. For instance, one forecast projects that B2B/ industrial applications will overtake consumer- style connectivity by 2025. In this environment, selling connectivity will move to the background, replaced by providing new solutions. Six areas seem to attract the most attention: smart cities, retail, financial services, media, industry and health (everybody’s favorite but also the toughest due to the healthcare industry’s regulation and fragmentation).

Mobile video is exploding. Indeed, the day may not be far off when mobile video replaces text and photo as the dominant medium. User habits are changing very quickly—we now are “binge watching” video—and the business models of traditional broadcast and cable companies are under enormous pressure. Mobile video raises the stakes on content, and the creative challenge to keep telling good stories remains. However, mobile video already is creating opportunities for telcos as the pay TV model is increasingly being ported to mobile: Witness Orange handling the billing for Netflix.

3. Virtual reality, the next stage of social media?

Virtual reality (VR) was the other big thing at MWC. One out of every 10 visitors (including us) took a ride on Samsung’s VR roller coaster. Its awesomeness lived up to the hype. But VR is a very complicated matter, and its future development is open ended. Will it remain restricted to gaming and other entertainment applications? Or will it evolve into AR (augmented reality)? Will VR be a seated or a standing experience? How will the interfaces evolve and at what price points? Will they remain tethered to personal computers (such as the Oculus Rift and the HTC Vive) or go completely mobile? So far, there is little evidence of working industrial/B2B applications (e.g., health), but perhaps these will emerge out of the more than 5,000 startups in the VR sector.

4. Industrial applications and the Internet of Things: From the whiteboard to reality

Non-technology players, like GE and car manufacturers (including the CEO of Ford) had a strong presence on the panels. GE told us of its transformation from an industrial company into a software company (“a locomotive is a data center on wheels”). GE stressed the need for the digital industry to understand that industrial companies have different requirements than consumers do, as industrial systems often have life spans lasting 40 years or more, and a need for extreme real-time connectivity. Industrial companies, after all, are more about outcomes and less about the experience. In the meantime, GE has been retraining thousands of its domain workers in technology and thousands of its tech workers on deeper domain knowledge.

Despite the size of the issues involved, the Internet of Things is beginning to become reality, as many companies have started to undertake IoT projects even while concerns regarding standards, security and energy remain unresolved.

5. No truce in the war of devices

There was a great deal less excitement around smart watches this year, but many well-known phone brands were quite present:

If ad blocking by end users already poses a threat to entire categories of digital content, what about blocking ads at the level of a telco’s network? Israeli company Shine made a real splash by announcing that its network-level mobile ad blocking software had been purchased by U.K. telco operator Three. Even if the real effectiveness of ad blocking at the network level remains to be seen and if this is the beginning of a trend, the worst nightmare for the ad industry might well move closer to reality. Google sounded somewhat uncomfortable in a panel with Shine’s chief marketing officer—or so it seemed to us.

What this means for leaders and leadership

The unfolding of these business trends will occupy everyone in the industry for years to come. While the specifics of that future are hazy, we can point to several leadership traits we believe will be critical:

1. Customer-centricity and analytics mindset. All industries will need to think how ubiquitous/ no latency connectivity will disrupt them—from smart cities to retail to banks to health services— requiring leaders to have an ever-growing customer-centricity mindset, big data orientation and the ability to connect up-to-now unrelated concepts to create new services.

2. Video and VR competence. The move from traditional text and photo-based communications to video and VR will need leaders who can rethink how we communicate rather than merely adapt old forms to new technologies.

3. Listening skills and collaboration. While the competencies of traditional industries (cars, machinery, utilities, energy, etc.) evolve toward technology, those digital and software talents still will need the particular ability to understand others’ constraints and to adapt; there will be a huge premium on listening skills and adaptability to make diverse teams of engineers succeed together.

4. Global partnering. With the emergence of new Chinese champions and the re-emergence of old Japanese, American or European ones, there is constant instability in the ecosystem’s hierarchy. In this environment, the ability to partner at the global level with all types of stakeholders requires excellent strategic vision and partnership capability.

5. Change orientation. The current share of value across the ecosystem will continue to change in the future as drastically as it has in the recent past ... because new disruptive technologies will continue to emerge. This game is not over; it is a long-term game, and resilience and reactivity remain as distinctive success factors for leaders.

We look forward to discussing your impressions of the event and, of course, seeing you at MWC next year.

Access the full paper Our top digital business and talent trend picks from the Mobile World Congress: The “Connected Society” Comes Into View.

Our top digital business and talent trend picks from the Mobile World Congress: The “Connected Society” Comes Into View
Download as PDF 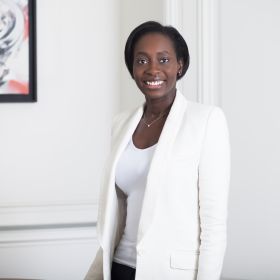 Kiné Seck Mercier
Paris
Kiné Seck Mercier, based in Paris, is active in Egon Zehnder’s Technology and Communications Practice, with particular expertise in the digital and…
阅读更多... 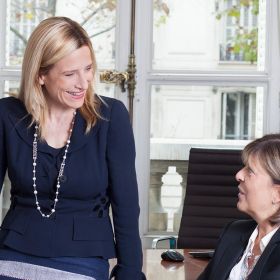 Hélène Reltgen
Paris
Hélène Reltgen is a Senior Partner at Egon Zehnder. She has led the Global Technology & Communications Practice for many years and founded the…
阅读更多...
Changing language