The Case for Counter-Cyclical Hiring and Talent Development in Mining

In December 1999, Sir Robert Wilson, then Executive Chairman of Rio Tinto, delivered a speech in Melbourne (Australia) on the mining industry's response to the economic downturn occurring at that time. His view of the situation then is just as fitting for the recent downturn still prevailing in parts of the industry today. He said the industry’s cyclical mentality results in short-term management decisions. In a boom, it leads to the creation of excess capacity for growth’s sake. In a bust, it leads to downsizing and cost reductions in response to falling prices and overproduction.

The mining industry is still reeling from the withdrawal of a China-induced ‘supercycle’, as the Chinese economy transitions from an investment-driven model to consumer-led growth. However, even the broadly upward growth trajectory enjoyed by the industry during 2003–2012 was subject to mini-cycles, with implications for talent hired or lost in each period. Retrenchment typically takes place across all organizational levels in tough times and often has little to do with job performance. Although borne of necessity, companies run the risk of seriously mismanaging their talent by applying the same ‘cycle mentality’ when confronted with important people decisions.

Egon Zehnder’s Mining Practice studied the price movements of Copper between 2000 and 2015 to identify boom and bust cycles. While we have picked Copper to identify the cyclicality behind the ‘people decisions’ in the industry, we are also convinced that the same logic could be observed across a vast array of metals and commodities (and companies) in the mining sector globally. This analysis was matched with a sample of 319 candidates we have recruited across the industry over the years 2000– 2012, classifying them as either ‘boom’ or ‘bust’ cycle hires. We then proceeded to quantify, prove and reinforce our intuitive understanding of talent management practices in boom times vis-à-vis talent nurtured during a bust.

From experience, we gather that bust cycles allow for more affordable, high-caliber talent acquisitions, with more desirable longer term outcomes. Furthermore, executives hired during difficult business times are exposed to the struggle of remaining profitable whilst commodity prices nose-dive, demand weakens and the supply overhang continues to build. These executives are brought on board often in an environment governed by fire-fighting agendas. The ‘burning platform’ typically sparks executives’ ability to improvise and question the status-quo. Solutions are more creative, with cost optimization, operational efficiency and innovation taking precedence. Bust year hires are therefore geared to be change agents, having tackled the industry’s unmasked challenges and complexities head-on.

On the contrary, during a boom, the industry has tended to lose sight of declines in productivity, rising costs and the need to continuously innovate. Encouraged by rising prices, the industry has typically responded with the sole objective of growth, growth and more growth, underpinned by the optimism that the good times are here to stay. To drive these growth expectations, there is greater industry-wide emphasis on hiring talent (typically at a premium) and, once in-house, subscribe to their expectations. Together with our colleagues in Egon Zehnder’s Mining Practice, after having witnessed various cycles over the last 20 years, we observed behavioral traits developed by many mining executives at the height of a boom cycle: an undeserved and seemingly endless sense of entitlement.

Upon analyzing the retention and career progression of hires within our sample, we found that executives hired in a bust cycle demonstrated longer commitment to the hired organization than their boom year counterparts. Equally important, even the ‘bust year hires’ with relatively shorter tenures had their departures triggered largely due to short-term, bust year business decisions that made their jobs redundant – not performance. In contrast, boom cycle hires were not only brought in at a premium, but also showed a greater level of opportunism and moved on in a relatively shorter span of time to pursue better opportunities.

Employee retention and progression through boom and bust cycles

Experience navigating tough circumstances equips bust year hires with much-needed skill sets to manage the inherently volatile and complex nature of the industry. Their success is evidenced by our analysis of recruited executives who retained their jobs and advanced in their respective organizations, with 47% of bust cycle hires being promoted at least once in comparison to 37% of boom cycle hires. If we extrapolate the impact of this 10 percentage point difference in the career progression rates of bust cycle hires across a company’s talent bench, we can contemplate the massive positive impact of de-coupling key people decisions from the industry cycles.

In sum, it bodes well to acquire, retain and develop top talent even during lean times in preparation for the next inevitable boom, allowing companies to hit the ground running with rounded executives experienced in transitioning from one cycle to the next over the long term. 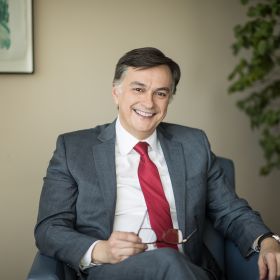