Amoco, Anheuser-Busch, Chrysler, Motorola, Wrigley. Great Midwestern companies that failed to adapt to global competition and ended up being acquired. Many others have suffered the same fate or declared bankruptcy, and now the ongoing disruption from globalization and technological change is putting our legacy companies under further pressure.

The harm to the Midwest’s economic growth, jobs, and household incomes is plain to see. It’s no wonder our region’s issues—and votes—played such a critical role in the 2016 election.

If Midwestern companies and economies are to rise again and win in a fast-changing world, we must recognize that our past success formula will not serve us in the future. In particular, we must revisit the time-honored business culture of the Midwest—hardworking, loyal, humble, and nice—and figure out how to foster a more innovative, disruptive, and ambitious spirit.

Changing a culture is hard. It requires companies to transform the way they manage their organizations— valuing and rewarding creativity and contrariness, embracing outsiders, and rethinking the comfortable career paths of old to expose people to new markets, businesses, and ideas.

How can Midwestern companies cultivate curiosity in their teams to foster greater innovation?

The good news is that some of our largest companies have already begun this transformation. General Motors under Mary Barra’s leadership is one example. Faced with disruptions from the sharing economy, electric propulsion, and autonomous vehicles, GM has moved quickly to rethink its culture and business model, and invest in new-economy start-ups like Lyft. It is inspiring to see a century-old Midwestern company being the acquirer, not the acquired.

Equally encouraging are the home-grown digital start-ups that have become national or global success stories. Two in particular come to mind: Wisconsin-based Epic Systems Corporation, was founded by Judith Faulkner in a basement in 1979. Today it has thousands of employees, and its electronic health records are used by 190 million patients worldwide. Another is Coyote Logistics, founded in 2006 by Jeff and Marianne Silver and acquired by UPS in 2015. Coyote has grown into a leading third-party logistics provider based on proprietary technology and an award-winning culture – further proof that Midwesterners have all the capabilities needed to thrive in the new economy.

But here’s the problem. The large incumbent companies that are the bedrock of the Midwestern economy were not created to be the fast-moving, highly adaptive enterprises that today’s world demands. Instead they were designed for “continuous improvement” – success came from incrementally refining the product or service year after year.

This strategy was reflected in companies’ leadership styles and organizations, which mirrored the military and sports—the top of the hierarchy did the thinking, while the vast majority of employees executed as an “army” of hardworking team players. Showing loyalty was valued at the expense of debate and dissent.

These polite, orderly organizations too often avoided asking tough questions. As a result, outdated strategies went unchallenged, underperforming leaders stayed on too long, and companies shied away from aggressive moves such as acquiring competitors. As the world changed around them, Midwestern firms became ideal takeover targets.

To succeed in today’s economy, a very different formula is needed. Companies must encourage people across their organizations to learn and adapt, solve problems quickly and in new ways, stay abreast of the onslaught of data and marketplace changes, take risks and overcome failure. That calls for a new kind of leader who can nurture a diversity of ideas—and foster fast, effective collaboration to turn those ideas into winning products, services, and businesses.

With these new requirements in mind, I have helped several major Midwestern companies conduct detailed assessments of their talent’s leadership potential. These assessments show that the typical manager today is strong at engaging their team, and displays a high degree of determination—exactly the traits one would associate with the Midwest’s nice, hardworking culture.

But Midwestern talent benches often are lacking in two other crucial traits—curiosity and insight. People who embody these traits are comfortable wading through unchartered territory to generate novel ideas and create new categories. Perhaps most important, curious individuals want to learn about themselves. They ask for feedback and seek opportunities to improve themselves and the business.

One group president, confronted with the message that his organization is populated primarily by hardworking team players, concluded: “Given how fast things are changing, we urgently need much more curiosity to take advantage of digital opportunities and to remain a leader in our industry.”

So, how can Midwestern companies cultivate curiosity in their teams—and foster much greater innovation?

To start with, they can rethink career paths to nurture leadership potential. In particular, companies can accelerate leadership development through rotations designed to maximize exposure to varied functions, business units and geographies. Experiences shape who we are and giving people the opportunity to work in different countries and businesses is an excellent way to foster curiosity.

Minneapolis-based General Mills has done just that. Half of its workforce is from outside the United States, and half has experience working outside their home country. The company rotates expatriates to circulate global expertise and create adaptable leaders.

Another route is to hire diverse talent from outside your company and industry. For example, GM appointed Dan Ammann, a New Zealander with a Wall Street background, as its second-in-command—a break with the Midwestern tradition of only growing leaders from within. Blending a stream of new talent with a solid foundation of company veterans can spark innovation while retaining a strong anchor to the company’s core values.

Beyond such tactics, however, Midwestern companies’ long-term success in the new economy will boil down to transforming their culture. Unless leadership creates a culture that makes room for diverse thinkers, legacy organizations will marginalize the people they view as non-conformists. Instead, companies should encourage their people to speak up, debate, and disagree. They should invest in understanding how people think and learn best—empowering them to push the limits of the organization and take bold actions.

No-one says the Midwest should stop being nice or hardworking: these characteristics are woven into the fabric of our region, and we should celebrate them. But if we are to reinvent our businesses and reinvigorate our economy, then we need to become known for our creativity, boldness, and ambition too.

No More Mr. Nice Guy? Rethinking Culture to Unleash Innovation in the Midwest
Download as PDF 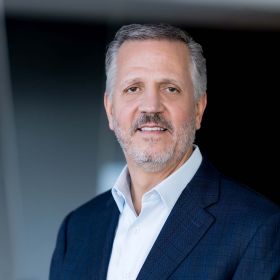