Amidst disruption throughout the business environment, we are seeing some of the industrial sector’s major players rearrange themselves through a string of merger-spinoff combinations. But these maneuvers are unlikely to work unless the right leaders are chosen for the new executive teams that will be needed as pairs of companies combine and then morph into two or three new entities.

In a time of indefinite disruption, it’s not enough to “lead the company through uncertainty”—there is uncertainty as far as the eye can see. The enterprises that emerge from these deals won’t find themselves in calmer seas; the logic is that the resulting entities will be better able to endure whatever new storms the future holds.

The leaders named to the executive teams of these new organizations have to not just survive, but thrive, in ambiguity and flux. Having an excellent track record and the traditional set of competencies such as “Strategic Orientation” and “Influencing and Collaboration” is not sufficient; these leaders need the agility and adaptability to move the enterprise in directions that can’t be foreseen today.

How do you know who has this sort of grace under pressure? At Egon Zehnder, we’ve studied the profiles of thousands of executives, and have found that the ones who perform best in volatile environments tend to have many, if not all, of four personality traits: a wide-ranging curiosity about themselves and the world around them; unique insight that comes from making new, unexpected connections; innate engagement with others and an unshakable determination to conquer whatever obstacles may arise along the way.

These four qualities are indicators of an executive’s potential, and including them in candidate assessments will bring different people to the fore than might otherwise be the case. Someone who successfully climbed the ladder in the past may not have the temperament to lead going forward; in the current environment, past performance is no guarantee of future success. At the same time, assessing for potential will help identify those executives who are ready to step up and lead a function, a business unit or even a company, managing the accountability and visibility that comes with having the buck stop with them.

With multiple new leadership teams needing to be built at the same time, the competition for talent is even fiercer than usual. Despite pressure to the contrary, companies need to perform more due diligence, not less, when vetting candidates. Making potential part of the assessment equation is a wise risk mitigation move in the midst of the sector’s historic reshuffling. 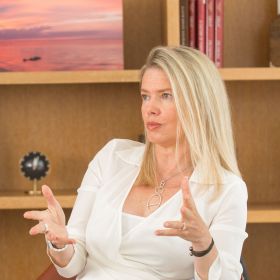