James E. Hughes on the role of ritual

What is the quintessential glue that holds families together? And how can a common family story be supplemented over generations while doing justice to the unique character of each family member? Ritual has an important part to play here, as witnessed across centuries and cultures. The classic text book on this topic, Rites of Passage, was written by the French ethnologist Arnold van Gennep in the early years of the 20th century. In the following essay, U.S. family counselor and attorney James E. Hughes, Jr. considers what conclusions we can draw that will help sustain the continuity and identity of families over multiple generations. by James E. Hughes, Jr.

“FROM SHIRT SLEEVES to shirt sleeves in three generations” runs the old adage that reflects the failure of many families to progress and develop from one generation to the next. In my work with families I have noted that those families who recognize the important passages in their members’ lives with rituals seem to do better in overcoming the old “shirt sleeves” proverb.

Perhaps this should not be surprising, since the creation and practice of rituals to recognize the important developmental steps in the life of a human being, and of the family and tribe to which they belong, are at the core of what anthropology teaches us is essential to successful tribal life. Anthropology further teaches us that tribes are the result of a family in its second and third generations forming clans and then those clans in the fourth and fifth generations electing to stay together. Tribes, then, are the extended generations of an original family.

From such beginnings many tribes have successfully continued for dozens of generations, thus overwhelming the proverb. The Iroquois are a good example. Clearly, such a tribe is not based on shared DNA, given the very small amount of unique DNA its individual members share from a common ancestor. Rather it is the stories of the experiences and practices of the earlier generations that link these individuals as a tribe. These linkages are part of what defines them as a family of affinity rather than of blood. The rituals the tribe creates, often unique to itself and representing its “differentness”, are the outcome of tribal stories and experiences. These rituals offer the members of the tribe a way of linking themselves to their ancestors and to their stories, as well as to the uniqueness of their tribe and their special place in it.

What is the nature of ritual and what is its place in the development of an individual and of the family or tribe of which they are a part?

Arnold Van Gennep in his book, Rites of Passage, explains that family or tribal rituals, as rites of passage, support an individual member’s successful development at various stages of life. They do so by providing within the community a process for that individual to pass through three stages: first, to break away from an earlier developmental stage; second, to be introduced to and learn the new information needed for the next stage of their development; and third, to be reintegrated into the community armed with that new information, ready to begin the next step of their personal development. All of which contributes to continuing the successful life of the family or tribe.

“Rituals help strengthen the whole family in its own process of development for many generations into the future.”

Ritual thus serves two purposes in the life of a family seeking to thrive for many generations. First, it offers a process for helping individual members of the family to develop from one life stage to another and second, it helps the family itself succeed by assisting the necessary development of its members. As a result, the whole family is strengthened in its own process of development from family to clan to tribe, and then for many generations into the future.

What are some of the important life stages of individual family members and of the family as a whole that rituals might be created to honor?

Coming of age – All tribes and many religious communities recognize with ritual the coming of age of their members. Often such rituals involve the young person being taken away from their parents and taught the tribe’s or religious community’s secrets, its mysteries. In many earlier societies this role was assigned to the child’s aunts and uncles as well as to the tribal elders. In religious communities it was assumed by the priests and priestesses. Such ritual processes often involved the child living apart from the tribe with others of the same age. This is Van Gennep’s “breaking away” stage. While living apart, the young person received knowledge about the tribe’s special wisdom, as well as discovering their own special talents and how these could be used to help the tribe as a whole – Van Gennep’s second stage. Finally, when ready, the newly fledged adult member was reintegrated into the tribe (Van Gennep’s third stage), often acquiring a new name as their life as a member of the tribe began. Elaborate tribal and religious rituals were developed to recognize the completion of this process of reintegration.

Creation of a new elder – All successful families and tribes recognize the need for elders for good governance. The creation of a new elder marks an extremely important point in the development of a family or tribe since it recognizes the willingness of the group as a whole to grant an individual the authority to mediate its disputes, to help enforce its rule of governance, and to maintain its stories. The evolution of an individual member to this status is also a major developmental step for that individual, since it is often a reflection that they have finished their individual work and are now seen as wise and ready to act for the group as whole. Many tribes recognize this step in an individual’s development with rituals to announce the granting of the tribe’s authority to the member concerned.

Arrival of a new member – Rituals recognizing the birth of a new family member or the marrying in of a new member are very important. All families, tribes and religious communities recognize with elaborate celebrations the birth of new members. These rituals not only announce the individual’s arrival but offer the community a way of reaffirming the many prior generations from which this child springs. More important still, this gives all current community members a means to celebrate and reaffirm the possibilities for their future. Ritual is also important in this case to give the community a way of committing itself to the legitimacy of this child and thus of its right to nurturing and future membership.

The marrying in of a new member is another important developmental step in the life of the individual entering the community and of the community itself. All families, tribes and religious communities elaborately recognize a marriage. The rituals celebrating the entry of a new member celebrate the growth of the community and legitimate the new member’s right to be a part of that community. Such rituals recognize that this new member is breaking away from another tribe, needs new information about the mysteries of the tribe he or she is joining, and most importantly offers a process for the new member to integrate into a new set of relationships.

Death of a member – The death of a member is ritually observed by all families, tribes and religious communities. Rituals to help the individual members honor the life of the deceased not only assist the survivors in their individual grieving but also offer them a way to integrate the deceased’s life into the stories that bind them together as a community.

Introduction of new outside members – Families seeking to ensure that they are well governed introduce into their midst Trustees, Protectors, and Advisors. Rituals to celebrate the arrival of such individuals represent an important celebration of their roles and a legitimization of their future authority and responsibility in family life and governance. A ritual for their welcoming announces and establishes their proper position in family life, making it much more likely that they will successfully perform their roles and functions.

What are some of the forms of ritual a family could study in developing its own unique rituals to express its differentness?

In concluding, what I hope is clear is that the range of creativeness of human beings in expressing their desire to recognize and celebrate the developmental stages of their lives, and of the families and communities of which they are a part, is both astonishingly broad and integral to successful individual and family development. Apparently, all human beings sense the need for such celebrations as a way of affirming the critical steps in the development of each individual and promoting the survival of their families and tribes. We seem to sense those moments when we must break away from one stage of life, learn new things, and then reintegrate into the community as more developed beings. Ritual within families and tribes evolved to recognize and celebrate these moments of our development and in doing so to strengthen the bonds of relationship to our community, all toward the greater likelihood of our and their long-term survival and success.

I would encourage everyone to celebrate through rituals these individual moments of development, as the critical steps in their own and their family’s progress and growth. As you do so, you will discover your “differentness”; you will add to the family stories; and most importantly you will honor and grow your family’s human and intellectual capital. In all of these ways you will add to your family’s wealth. 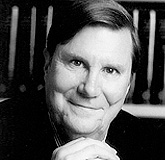 James E. Hughes, Jr. was the founder of the law partnership of Hughes and Whitaker in New York City. A legal representative of and counselor to families in matters of asset and succession planning, he is also the author of numerous books dealing with family governance and wealth preservation, including Family Wealth: Keeping It in the Family – How Family Members and Their Advisers Preserve Human, Intellectual, and Financial Assets for Generations. He is a regular speaker at international and domestic symposia.