Eugene Kim, Egon Zehnder's office leader in Seoul, is a regular contributor to The Korea Herald’s Management in Korea column. Eugene offers executive advice and insights into a wide variety of topics including how to foster and transition to a global corporate culture, harnessing the competitive advantages offered by diversity and strategies for boosting gender equality.

The following articles were originally published in The Korea Herald’s Management in Korea and are presented here with its permission.

Korean companies historically have been reluctant to recruit from the outside. Increasingly, however, they are hiring external talent, particularly when they need to quickly expand in a critical area.

Time for Korean Bigwigs to Make their Cultures Global

Given that Korea’s population is only about 50 million, the country’s largest companies have long understood that their ambitions could only be reached by developing into truly global organizations. And many Korean enterprises have done exactly this. Not just the most well-known chaebol like Samsung, Hyundai-Kia and LG, but many organizations in the top tier of Korean corporations have substantial operations around the world.

Each year since 2015, Egon Zehnder has held a global event series, Leaders & Daughters, which brings together senior executives of both genders, and their daughters, for frank discussion of the opportunities and challenges facing current and future female executives.

The persistent gender imbalance among Korea’s business leaders is well known. According to one recent study, only 2.4 percent of the executives of publicly listed Korean companies are women, compared with 12.4 percent for the Asia-Pacific region. And in Egon Zehnder’s 2016 Global Board Diversity Analysis, only 20 percent of the Korean companies examined had at least one female board member—the second-lowest percentage of the 44 countries in the study. 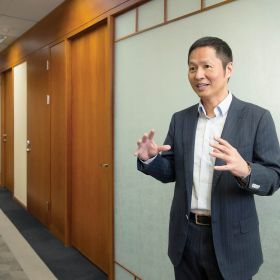 Eugene Kim
Seoul
Eugene Kim is the leader of Egon Zehnder’s Seoul office. He has spent his career advising some of the largest Korean conglomerates and world-leading…
詳細...
Changing language