Getting female talent to the top

In September 2014, Egon Zehnder UK committed to a target of 25 female chief executives on FTSE 1000 companies by 2025 - a five-fold increase from today. James Martin, UK head of HR practice, reflects on recent cross-generational discussion of the challenges facing organisations in achieving this - and the role of HR.

Since launching our 25 by 25 initiative in the UK last September, seeking to quintuple the number of female CEOs of UK FTSE 100 companies in 10 years, Egon Zehnder has been in discussion with many HR heads about how they can help to accelerate change. With a view to building on this, we hosted an event in London entitled Leaders and Daughters, to bring in the voices of younger women still building their careers.

More than 100 senior business executives and their daughters attended a panel discussion led by Liv Garfield, CEO of Severn Trent Water – the youngest of only five female CEOs in the UK FTSE 100.

Also on the panel were Clarissa Bartram-Gent, head of Alliance Marketing at Rackspace, her father Sir Christopher Gent, chairman of GlaxoSmithKline, and Tess O’Brien, currently working with Catholic Relief Services in Nairobi prior to doing a masters, with her father, Damien O’Brien, chairman of Egon Zehnder.

The role of HR featured prominently in the discussion on the night, with considerable interest in particular over how HR leaders can encourage more senior women to mentor the rising generation. Many find this difficult since, as one HR head put it, many of today’s female stars are too overloaded to take on anything else.

The panel’s response may provide welcome relief for HR heads facing similar challenges. In the view of Sir Christopher Gent: “An outstanding female leader doesn’t have to take on being a role model, she just becomes one.”

Garfield seemed to agree. “For those of us in these jobs, we’ve got to look like we adore our job – otherwise why would anyone else want it?” she said, going on to voice doubts about conventional thinking on mentors.

“There are great swathes of your career when you don’t need a mentor. I would recommend rather than having one, have a list of people you can go to at any one time for advice – and really what you’re looking for is someone who’s doing something similar and is one or two steps further along than you are. Get lots of insights, rather than one mentor. Try to get diversity of opinion. To manage your career with one opinion is like going back in time, she said, advising women to “be bold, go wild, and go wide”.

Cultural biases and difficulties facing women in many organisations also featured prominently in the discussion, with many urging young women to look more broadly for ways to tackle this.

“If you have problems with the culture, find someone at a more senior level who is sympathetic and can help to bring about change from within,” counselled Gent.

Garfield said women should look for like-minded people who want change, focus on one thing in particular and work on that. “There is often one big issue – I would look for it, brainstorm with people you trust and start with that, because trying to change the whole culture is too much,” she said, adding that culture change shouldn’t be left solely to HR.

“The HR director is a pivotal part but the CEO also has to be a strong role model and take on a share of talent management.”

Bartram-Gent also saw a need for all players to help effect change. “My advice to leaders is to get the logistics right around flexibility and equal pay, but also create an environment in which people can have open conversations about how to deal with difficult decisions. For young women, make sure you’ve thought through what a great life and success look like for you.”

The discussion felt extremely positive and, given the willingness of all parties to focus on what they might do differently, it was particularly encouraging for HR leaders looking to drive change.

This article was first published in Changeboard (May-July 2015) and is republished on this website with kind permission of the magazine.

For more Changeboard articles, download the digital magazine app:
Download on the Apple Store
Get it on Google Play 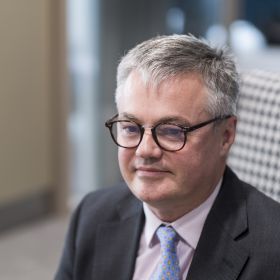