“If anybody thinks they can go back to the old ways, they are very much mistaken.”

Andrew Lowenthal in conversation with Lord Mervyn Davies, who in 2011 launched an influential report into diversifying the UK’s boardrooms and the responsibilities of executive search firms in eliminating rather than increasing what is a tangible deficit.

Andrew Lowenthal: As of March, 2012 – a little over a year after the release of your report “Women on Boards 2011” – the percentage of women on the boards of the UK’s 100 largest listed companies has risen to a record 15.6 percent. Are you satisfied with this rate of progress?

Lord Davies: There are still far too many companies that don’t have women on their boards, especially industrial companies. But I do think that we are making good progress, especially when you consider that we are still in the early days of the effort. The number of all-male boards in the FTSE 100 has been cut in half. The great challenge on the horizon now is to make that kind of progress with the next 250 listed companies.

Lowenthal: Your report recommended that all chairmen of FTSE 350 companies set out the percentage of women they aim to have on their boards in 2013 and 2015 and that FTSE 100 boards should aim for a minimum of 25 percent female representation by 2015. A number of people were concerned about reaching the target on time and about what might happen if they failed to reach it.

Lord Davies: I don’t think we should regard the target as a threat – as implying that “you better make the target or else.” This is about creating a trend in the right direction, gaining momentum, and bringing about a fundamental change in the corporate landscape of the UK. And at the current rate at which women are being added to FTSE 100 boards, we will exceed the 25 percent target.

Lowenthal: In the course of the research for your report you uncovered vehement opposition to quotas and you have said that the imposition of quotas would be “an admission of failure.” How so?

Lord Davies: Quotas could put us in the position of forcing boards to appoint the wrong people merely to meet the number. I would much rather have chairmen, headhunters, and companies achieve the change voluntarily. But if we can’t fundamentally change the corporate scene in Britain, we should definitely opt for quotas, because the current situation is wrong and it’s bad for business.

“It is not healthy to have a board on which everyone has the same skills, the same experience, and thinks alike.” 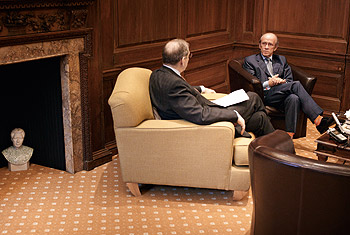 Lord Davies: Yes, absolutely. A business team is a bit like a sports team where you have a diverse set of players, each of whom brings a particular skill to the game. You don’t need eleven goalies. The same is true of boards. It is not healthy to have a board on which everyone has the same skills, the same experience, and thinks alike. You need diverse points of view, new thinking. That is the nature of great business and that is why diversity of thought and diversity of gender are so important. The more diversity, the better the business results.

Lowenthal: Have you found that the business case for diversity is widely understood among the leaders and stakeholders you’ve been dealing with on the issue?

Lord Davies: I’m pleased to say that the chairmen, headhunters, and a variety of other stakeholders have got the message that diversity is about business performance. However, some shareholders have been very slow to understand that business is about people. In the beginning of our effort, shareholders showed no interest in the subject. Zero. It was difficult to get them to attend meetings. But now they, too, are realizing that diversity is about talent and business performance, just as they earlier realized that corporate social responsibility was about the brand and the sustainability of the business.

Lowenthal: If most stakeholders acknowledge the business value of diversity, why is there such apparent resistance to having more women on their boards?

Lord Davies: Much of the resistance to diversity stems from a misconception about the talent pool. When this effort first got under way I encountered many people who said the talent pool from which to draw women board members did not exist. That is simply untrue. What I have discovered in the last twelve months, together with my Steering Committee, is that there are women in many different walks of life that boards and headhunters could look to. Set aside for a moment the problem that we don’t have enough women on executive committees, where they could get the experience that would prepare them to serve on an external board. Set aside also the claim that there are not as many women with P&L experience as we would like – that’s true of men as well. But there are many women in the charity sector, in the health sector, in human resources, in communications, and in many different disciplines who could make a real contribution to a board. Chairmen and their executive search consultants simply have to be more creative in finding them.

“I encountered many people who said the talent pool from which to draw women board members did not exist. That is simply untrue.” 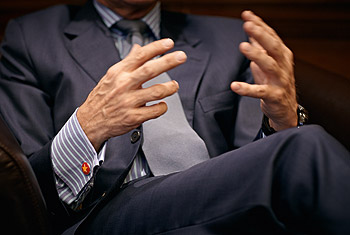 Lowenthal: After you have exhausted all of your arguments for diversity based on the business case and have corrected misconceptions about the size of the talent pool, what do you say to someone who continues to resist the idea?

Lord Davies: I will say to a chairman or a CEO, “Do you have any daughters?” And if the answer is yes, I will say, “Don’t you want them to have the same opportunities that men have? The world has changed and so have the expectations of women.” The ones with daughters seem to understand. They see it as “I have to do this for my daughter,” rather than “I should do this because it’s better for business.”

Lowenthal: The low number of women on boards is in part a symptom of the under-representation of women in senior man-agement generally. How do you get more women into the senior management cadre of more traditionally run companies?

Lord Davies: As the problem of too few female non-executive directors gets resolved I think we will see great progress in getting more women into senior management and onto executive committees. Chief executives with diverse boards but with executive teams that are 80 or 90 percent male will feel the disparity acutely. Employees will want to know why there is a diverse board but not a diverse executive team. I think every CEO has got the message about the composition of their executive teams.

Lowenthal: Is that primarily because they fully understood the business case for diversity or because they feel under pressure to comply with initiatives like yours?

Lord Davies: Inevitably, it’s a mixed bag. Some feel that it’s just a matter of compliance, but I suspect that in ten years the people and the businesses that think that way won’t be around. If you are a CEO who is so old-fashioned, who just doesn’t get it, then you’re probably not going to be able to run your business as a modern enterprise. There are probably a lot of other things you don’t get, too, like the different approach to work that young people have, or that social networking and mobile communication have changed the way that information flows across the world. If you don’t get some of that as a CEO, your company is not going to survive. And if you don’t realize that the role of women in society has changed fundamentally, I don’t think people will want to work for you and, certainly, new graduates won’t.

Lowenthal: What can be done in the short term to expand the pool of senior female talent? 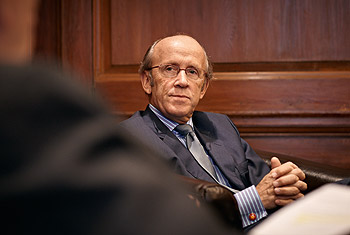 Lord Davies: Headhunters must think more laterally. They’ve been thinking too narrowly, looking into the same gene pool, bringing up the same names as candidates, and they’ve been unwilling to take risks and unwilling to force their clients to think differently.
You have to assess people in a slightly different way, people whose backgrounds are different, whose experience is in the health service or the creative industries, or who are entrepreneurs. I have seen a lot of female entrepreneurs who would make excellent board members. Or think about headhunters themselves. They have a great feel for people, they know about winning and losing business, and they work internationally. Many of them would make outstanding non-executive board members. Or consider a vice chancellor of a university. Her responsibilities might include 10,000 students, two or three thousand staff, and a sizeable P&L sheet. She is, in effect, running a major company. Why wouldn’t she be perfect for a board? But then the first reaction of the chairman is likely to be, “She doesn’t have PLC experience,” or “she doesn’t have board experience.” Well, I didn’t have PLC experience when I first went on a board as an executive, and every board member was once a first-timer.
I think that that’s the thing that has disappointed me – that people are just not willing to take the risk. I’ve looked at other markets: The US was making great progress, but now has fallen behind. On the other hand, Australia has really taken hold of this issue and had a profound impact on board representation and on the composition of executive committees.

Lowenthal: Is the progress toward diversity likely to be a long, steady march, or do you think there will come a tipping point after which diversity is rapidly and widely put into practice in major companies in the UK?

Lord Davies: I think we have already reached a tipping point. The media is going to continue its pressure. The Prime Minister has written to companies about the issue. And the passion around diversity is tremendous. When our committee undertook its public inquiry we were expecting about 300 responses – we received 2,600. The people on the committee are passionate about it, too, and we intend to keep the pressure on. If anybody thinks they can go back to the old ways, then they are very much mistaken.

Lord Davies of Abersoch is a partner and Vice Chairman of Corsair Capital, a private equity firm specializing in financial services. He is also Non-Executive Chairman of PineBridge Investments Limited and Chair of the Advisory board of Moelis & Co. He holds a Non-Executive Director role at Diageo plc and is a Non-Executive Independent Director at Bharti Airtel Limited.
From January 2009 until May 2010, he was UK Minister for Trade, Investment and Small Business, a joint role between the Department for Business, Innovation and Skills and the Foreign and Commonwealth Office, also with responsibility for Infrastructure UK.
From 2006 to 2009, he was Chairman of Standard Chartered plc and served as its Group Chief Executive from 2001 to 2006. Lord Davies is the Chair of the Council of the University of Wales, Bangor, and a trustee of the Royal Academy of Arts.
He was awarded a CBE for his services to the financial sector and the community. A fluent Welsh speaker, he is interested in Welsh art, music, and literature.