Why: The business case for trust

There can be no doubt that trust plays an eminent role in teams and organizations – in fact, in any relationship. It is often called the glue that holds organizations together, the oil that makes the machine run more smoothly and – in the long run at least – more efficiently. But is there a clear business case? Most likely there is! Studies have linked trust with job performance (Colquitt, Scott & LePine, 2007) and with growth (Zak & Knack, 2001). Also, there is plenty of evidence that trusted economies and businesses are more attractive for investors. Trust is the key to building collaboration, employee engagement, productivity, customer loyalty, and sustainable business performance. Of course, most of the studies are correlational and correlation does not necessarily mean causation. It is not always easy to prove that trust is actually the cause of these desirable outcomes, but most researchers (and virtually all consultants) believe that the relationship is indeed causal.

However, in the case of trust, our clients don’t even ask for evidence. They know: It is good to have more of it. Can we help them with that? Yes, we can. But before we look at how, we need to better understand what trust actually is.

Trust can arise between people (interpersonal), groups, and organizations. In what follows we focus on interpersonal trust. The act of trusting another person involves two specific aspects: reliance and risk. Some researchers, therefore, define trust as “the decision to rely on another party (i.e. person, group, or organization) under a condition of risk” (Currall & Inkpen, 2006:336). In this case, risk means it is possible that the person who bestows trust (the trustor) will experience a negative outcome (injury, loss). If that risk did not exist, there would be no need for trust.

How is trust built?

The most interesting question for our clients (and for us) is this: How is trust built? A quick look into the – extensive – research on trust reveals that it is a very complex phenomenon. The perception of trustworthiness cannot be reduced to a single factor (Tsankova, Vanman & Kappas, 2018:31). Instead, it is based on many different factors which influence each other.

The decision to trust someone and rely on this person in a situation involving an element of risk is based on confidence in a positive outcome. Whether a trustor develops this confidence depends on several factors (according to the model of Dietz & Den Hartog, 2006):

a) The trustor's predisposition to trust. This generalized trust is relatively important in the early stages of interaction but becomes less important as more information on the trustee becomes available. It varies between individuals and might be accompanied by strong political opinions or cultural norms and other attitudes (e.g. never trust someone wearing a tie);
b) The trustworthiness of the trustee – their character, motives, abilities, and behaviors. Trust can be granted across the board or restricted to certain domains, e.g. only in a work context, or to a certain degree – a recent graduate will be trusted with smaller projects but not with strategic decisions affecting the whole company;
c) Trust is an assumption, and the relationship between trustor and trustee impacts on the strength of that assumption of the confidence in the positive outcome. Stronger and more personal relationships will give rise to deeper and more emotional forms of trust. Aspects such as hierarchical positions within the relationship can also impact on building trust;
d) Other situational or institutional aspects can also influence the formation of trust. Knowing that a doctor has sworn the Hippocratic Oath might influence my decision to trust her. Similarly, formal degrees (PhD etc.) might also have an early impact on the building of trust, while affiliation with an institution (the government, the police, the church, Egon Zehnder) is also likely to exert an influence.

Note, however, that the decision to trust only implies an intention to act. Whether or not a person actually engages in risk-taking behaviors such as surrendering control over valuable resources to the trustee or disclosing sensitive information will still depend on the possible consequences for the trustor beyond the relationship with the trustee. The trustor might, for example, fear the consequences of a third person’s reaction to the relationship of trust between trustor and trustee.

Some of the trust-forming processes are subconscious; others are more conscious. Hence, not all of these factors can be easily influenced. In what follows, we provide a selection of insights into first impressions and the part played by similarities and biological facts in this process, before going on to describe how to influence the building of trust.

Trust is created during a process of interaction – and we have plenty of opportunities to influence this process. However, even before we enter into this interaction, a first impression is already being formed in our mind (and in the mind of the other person). It takes only a few seconds – and is remarkably accurate.

Probably the most famous experiments in first impressions were conducted by Stanford professor Nalini Ambady. Her research was popularized by Malcom Gladwell in his book Blink. In a groundbreaking study, Nalini Ambady and her colleague Robert Rosenthal (Ambady & Rosenthal, 1997) invited students into a lab and showed them short – and silent – video clips of teaching fellows. The students, who had never met these teachers, were asked to rate 15 characteristics including how accepting, empathetic, optimistic, professional or supportive the teacher seemed. The impressions they formed based on their brief observations were highly correlated with end-of-semester ratings by students who had actually taken the class (correlation coefficient .76). Previous research had used five-minute video clips, but Prof. Ambady wanted to know how thin a slice of behavior could yield accurate impressions. They started with 10-second clips, then cut it down to five- and then two-second clips. Even after two seconds, the first impressions of students who had never met the teachers successfully predicted the evaluations of students who had worked with them for months.

What is even more remarkable is that our first impression of whether or not to trust a stranger is formed even faster. Facial features are one of our most important sources of information in social interactions. And some faces look more trustworthy than others. This information is processed very fast, as an experiment at the NYU has shown (Willis & Todorov, 2006). In this experiment the amygdala, a structure in our brain that plays an important role in the emotional evaluation of situations and therefore also in detecting danger, reacted to pictures of less trustworthy faces even if those pictures were presented for less than 50 milliseconds. When we “see” pictures for less than 50 milliseconds, we are not consciously aware of them. It takes longer than that for our neocortex to register signals. However, our brain still processes this information.

Another important factor that helps to build trust toward a stranger is similarity. We are more likely to trust people who are like us. Similarity evaluations can be made on different levels. Whether or not they instill deep trust depends on the level concerned. Superficial similarities (such as looks) will be more important in snap decisions on trust, whereas similarities of interest will inspire deeper trust. Here are some facets of similarity:

Genes and hormones also influence whether or not and how trust is built, with oxytocin being of special relevance here.

Tsankova, E., Vanman, E. J., & Kappas, A. (2018). Interaction of stereotypical trustworthiness, facial resemblance, and group membership in the perception of trustworthiness and other traits. Journal of Trust Research, 8, 31-44. 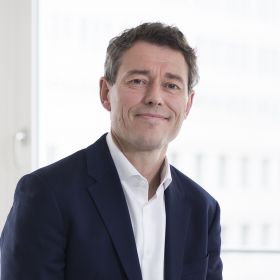 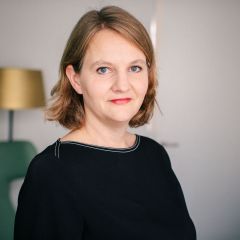