The Outstanding HR Executive: The Impact of Experiences on the Development on Competencies

What experiences are most useful for developing the competencies that characterize outstanding HR executives? Serving on the Executive Committee? Working abroad?

In part one of this series, we reported that our analysis of the management appraisals of 360 HR executives indicates that becoming best-in-class requires executives to improve all seven key leadership competencies simultaneously: (1) results orientation, (2) strategic orientation, (3) functional competence, (4) collaboration and influencing, (5) organizational development capability, (6) team leadership, and (7) change leadership.

However, we also concluded that change leadership merits special emphasis because that is where the greatest gap lies between good and outstanding HR executives.

Here, we look at whether two of the most often recommended development experiences – serving on the Executive Committee and working abroad – facilitate the development of leadership competencies and should therefore be steps on the HR career path.

To find the answer we looked for a correlation between performance and those experiences among the 360 HR executives whom we scored against the seven key leadership competencies. And where there is a correlation we asked whether it’s really worth undertaking all of the challenges of, for example, sending someone abroad for development purposes, is the development significant enough that it justifies the investment?

Serving on the Executive Committee

For years, many observers have argued that the chief HR leader should have a place at the top leadership table. Certainly, the vast majority of HR executives agree.
To determine whether service on the executive committee is linked to the competencies of HR executives, we divided our HR population into three groups: (1) “HR ExCom members,” which encompasses 6% of the HR managers in the sample, (2) “Heads of HR” who are not on the Executive Committee and report to one of its members, and (3) “Reports”, HR executives who report to the head of HR or lower. It is of course the first two groups that are of the most interest because their members all are the leaders of the HR function and because members of the third group are unlikely to be considered for Executive Committee service.

Sitting on the executive committee offers significant development experience for the HR executive, including:

Similar cases might be made for the remaining competencies, and in fact, as Figure 1 shows, HR ExCom Members score significantly higher on competencies than heads of HR who do not sit on the Executive Committee.

Further, HR leaders who serve on the Executive Committee score significantly higher than their non-ExCom peers on all seven competencies.

It is of course difficult to know whether the ExCom HR leaders were invited to join because they already possessed the requisite competencies or developed their competencies as result of participating on the committee.

But does it really matter? Developing those competencies is critical for contributing effectively to the ExCom discussions, and the more an executive participates in such discussions the better leader that executive becomes.

In our view, whether the HR executive is formally a member of the top team or merely sits in on the meetings, the improvement in competencies is likely to be significant. Some would argue that formal membership is preferable because it reflects genuine confidence in the HR leader on the part of the top team. But in either case, the HR leader will able to deliver even greater value to the organization.

Our analysis also found that having worked abroad is linked with better competencies overall.

Although the difference between the HR executives who have not worked abroad vs. those who have is statistically significant, it is not large.

Why is there no great difference?

Likely because many executives can gain most of the benefits of working with different cultures without having to leave home. For example, they can work with a geographically-dispersed team, or they may bear responsibility for HR across several countries.

The impact of experience abroad may however have been reduced by the fact that the sample includes numerous executives who have worked abroad but in countries with similar cultures. But the fact remains that HR executives who have such experience score higher in leadership competencies, although most of the benefits may be achievable without actually going abroad.

What about the impact of having had a line role vs. spending one’s entire career in HR? Which path is more likely to lead to improved competencies? For the answers, please see the next installment in this series.

The Outstanding HR Executive: The Impact of Experiences on the Development on Competencies
Download as PDF 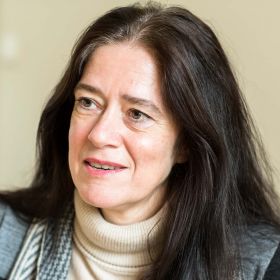