In 2016, nearly 200 transactions, with a value of more than $90 billion, took place in the chemical industry, and 2017 may well surpass that pace. But what are the implications of having these transactions play such a large role in reshaping the industry?

This question fueled the discussion at Egon Zehnder’s sixth annual Chemical Forum. Nearly eighty CEOs, senior executives and private equity partners gathered in Philadelphia to exchange their perspectives on mergers, acquisitions and the impact on leadership and talent in the industry. The key takeaways included:

The relentless hunt for growth is driving successive waves of M&A activity. In the current, persistently low-growth environment, the possibility of immediate growth through acquisition can look less risky than investing in organic growth that may take years to come to fruition. But M&A and R&D are vastly different capabilities, and it is an ongoing challenge for the industry to strike the right balance between the two.

Larger mergers, however, are often dead ends. One panelist noted that according to his analysis, in the past twenty years, not a single merger involving companies with valuations greater than $10 billion has created value, and only half of mergers involving midsized companies ($1 billion to $10 billion) have done so. Large mergers often signal companies that have run out of options for organic growth, and midsized mergers often end up creating bureaucracy in the name of integration that stifles what made the merger attractive in the first place.

But there can be big value in small acquisitions. An independent small firm that’s gone as far as it can on its own, or a larger company’s non-core business, can flourish if acquired by owners who will provide resources and empowerment to the management team. Throughout the process, it is essential to communicate to the target employees the rationale for the transaction and their role in realizing its potential.

Culture trumps synergy. As one panelist put it, “If there’s no culture fit, we don’t care about synergy.” Unfortunately, the fit of two different organizations is notoriously difficult to judge.

Clarity on board and CEO roles needs to be maintained. When activist investors feel a company should buy or sell assets, they often pressure the board to act. Yet it is the CEO who should be driving strategy, with the board providing guidance and oversight. The board needs to ensure that responsiveness to investor concerns does not undermine the CEO’s role.

The current wave of portfolio swaps reflects the industry’s efforts to rationalize itself. Underneath investor pressure to divest from core businesses is a systemic issue: The chemicals industry is actually made up of scores of highly disparate sub-sectors. Until now, it has been unexceptional for one company to have a presence in plastics, fragrances and food. The investor focus on core business isn’t a short-sighted pursuit of returns but the addressing of a long-term structural issue that now poses a challenge to growth and profit.

There is a growing awareness that the chemicals industry needs to think differently about how it adds value. Like other industries, chemicals will have to shift away from incremental product improvements and toward solving customer problems. This shift will require the industry to challenge itself with new and provocative questions. One private equity partner commented, “At my firm, my consumer colleagues look at every potential deal by asking, ‘Amazon, friend or foe?’ Who would have thought to ask that even a few years ago?”

The evening ended with a straw poll: Approximately three quarters of attendees expect M&A in the U.S. chemical industry to continue at the same pace for the foreseeable future. We look forward to seeing how things have unfolded when we reconvene for next year’s event.

The Transformational Effects of Mergers and Acquisitions
Download as PDF 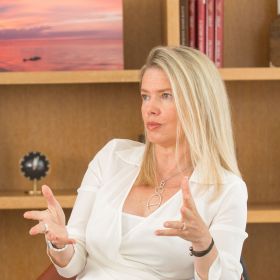 Anne-Claire Monod
New York
Anne-Claire Monod is a sought-out advisor to industrial businesses who has developed trusted relationships with Fortune 500 corporations as well as…
Read more... 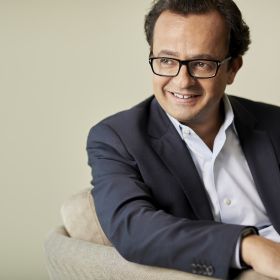 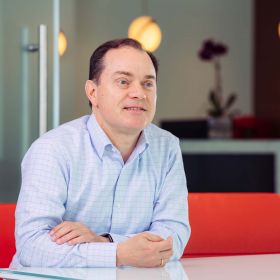