The common experience among panelists was gender discrimination in the workplace. Women expressed feeling like they were excluded from an invisible male network, where men shared important information. World-renowned women leaders, including Sheryl Sandberg, Mary Barra and Susan Wojcicki still exist, but few women have climbed to the top of the ladder. An example the panelists pointed to in the fight for equal treatment at the top was the push for women's restrooms and accommodations in the US House of Representatives, saying, "If someone had asked for a women's restroom sooner, the women's restroom could have appeared sooner." In order for change to take place, it is imperative that women advocate for themselves and for each other and aks for what they want. 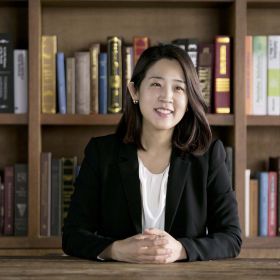 Amy Son
Seoul
Amy Son, based in Seoul, focuses on senior-level executive searches as well as leadership assessment and development. She is active in Egon Zehnder’s…
Changing language