The move reflects a shift of the role of CDO from change catalyst to revenue producer, which can also lead to higher offices. According to the CDO Club, at least 34 CDOs have gone on to become chief executives, presidents or other business leaders since 2016. A wave of CDOs joined large U.S. firms in recent years, often at the behest of chief executives unhappy with the pace of digital adoption at their companies. Many CDOs report directly to CEOs, often level with chief information officers in the corporate power structure.

While some CIO-CDO pairs work well together, others don’t, said Martha Josephson, leader of the global Digital segment of Egon Zehnder’s Technology and Communications Practice. Debates about boundaries and approach are common. CDOs can show faster results in digitalizing a company’s operations if they also oversee internal technology—a CIO’s traditional turf, she said. This set up gives CDOs authority to make technology changes needed to support new business models, such as subscription services and partnerships with technology-based companies.

MGM has rearranged executive roles recently. The company is without a CIO since Sy Esfahani resigned in February, but plans to hire a new CIO, who will report to Mr. Rafiq. 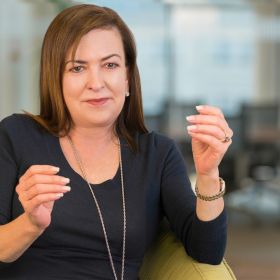 Martha Josephson
Palo Alto
Martha Josephson, based in Palo Alto, is the founder and leader of the global Digital segment of Egon Zehnder’s Technology and Communications…