This year, just 5% of CEOs in the S&P 1500 index are women, compared with 4% in 2015 and 2014. A new study released by the Pew Research Center found that of the four highest paid executives beneath the CEO at each company, just 11.5% were held by women.

Perhaps the most surprising finding in the study was which groups of companies had the greatest share of women executives at the top. The category with the highest mix of female executives is utilities, with women holding 17.3% of non-CEO top jobs, more than any other sector.

Carol SingletonSlade, who leads the global energy practice for Egon Zehnder, notes that utilities still struggle to recruit female engineers earlier in their careers, but has two hypotheses for why more women may reach the top.

One is that the utility sector, with heavy regulatory and commercial aspects to its business, may weigh legal, marketing and administrative experience in choosing its CEOs more than companies in other sectors. The second theory is that utilities, many of which are more regional in nature, don't require the same kind of international assignments that top jobs in other industries do. "You're able to have a full career and not have to move overseas or relocate," SingletonSlade said. "For women to continue to progress it's not as difficult" to maneuver through personal or family obligations that women, fairly or not, continue to face. 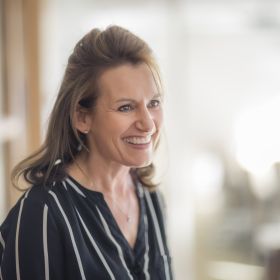