“Happy Pride!” is a welcome refrain this time of year. Hugely festive gatherings and parades celebrate the progress of the LGBTQ+ community in coming out and staying visible, as well as acknowledge the work that still needs to be done to achieve full equality. For the entire month of June, individuals showcase their true selves and support and encourage others to do the same. Colorful, billowing rainbow flags symbolize the expansiveness of people’s difference and the beauty of their inclusion. What’s clear is that Pride month presents a rare opportunity to openly herald one’s distinctiveness in a world so often consumed with conformity. As the month draws to a close, the question arising is: How can leaders keep the momentum going? What can they take away as they actively work to build inclusive organizations that invite all individuals to bring their authentic selves to work?

Most programs for company inclusion are focused on difference and do not explicitly address the pressures to conform that penetrate corporate culture and prevent so many from realizing the ideals of authenticity and belonging. Data from Out Leadership shows that 78 percent of LGBTQ+ employees, whether they are out or not, still engage in what is defined as “covering” behavior at work—habits and practices that shield or hide their true identity. Significantly, that research also finds that 68 percent of those who admit to covering also believe that it hinders their productivity.

Covering is hardly confined to the LGBTQ+ community. Everyone covers in some way, shape, or form to fit in. This is keenly apparent in corporate culture, where looming norms and expectations for success dominate in ways that instill fear in people and force them to hide significant aspects of themselves. And it is particularly obvious for groups too often underrepresented in business: people navigating parental obligations, for example; those with physical disabilities or learning disorders; or people with their own or familial health issues. These situations (and many others) can affect anyone at any time, but those experiencing them often feel that they cannot talk about such key parts of their lives at work if they want to succeed. And yet, ironically, holding back suppresses their individuality and their energy, thereby hindering their productivity and, by extension, stunting organizational performance at large.

In other words, we have sustained a model of “acceptable” corporate behavior that does not reflect the reality of employees’ lives or the variety of their human experience. The persistence of these pressures is shooting businesses in the foot by stifling some of our most promising talent. This needs to change. The work of activating this can start with CEOs and other top leaders who wield the influence needed to pave the way for greater acceptance and inclusivity at large.

Making the Case for Organizational “Uncovering”

New York University’s Chief Justice Earl Warren Professor of Constitutional Law, Kenji Yoshino, is one of the preeminent authorities on covering. He exposed the subject and its consequences in his book Covering: The Hidden Assault on Our Civil Rights, after having originally run into the idea buried in the work of 20th-century sociologist Erving Goffman, who defined covering as the “downplaying of our stigmatized identities.” Goffman illustrated covering using the example of U.S. President Franklin Delano Roosevelt, whose legs were paralyzed from polio, but who worked hard to make sure that the public almost never saw his disability. Of the 35,000 photographs of Roosevelt at the Hyde Park Library, only two show him seated in his wheelchair. Reportedly, when the actor Orson Welles was dining at the White House, Roosevelt said to him, “You and I are the two finest actors in America.”

In Yoshino’s work, he has woven in his own experiences covering as a gay, Asian American man making his way through his own long journey of coming out and becoming his true self. Along the way, he has revealed how commonplace it is for others with very different stories to likewise feel the need to hide essential parts of themselves. “One reason current discussions of justice are so impoverished is that our heterogenous society does not have many shared texts,” Yoshino writes. He and his co-author and research partner, Christie Smith, have worked diligently for more than six years to bring covering to the fore—as that promising shared text of difference we so desperately need. Smith came forward with her own narrative of uncovering when she revealed how she was in one of the towers on September 11, 2001, when the first plane hit. She survived but developed acute PTSD, which she hid for three years to try to live up to the identity she thought she was expected to have. Her firm, her clients, and her family were, at best, only getting half of her, she explained.

Together, Smith and Yoshino set out to discover how, exactly, covering affects corporate culture. Their research of 3,000 employees of mixed ages, genders, ethnicities, sexual orientations, and levels of seniority found that 61 percent admitted that they faced overt or implicit pressure to cover in some way. Two out of five of the respondents said that covering had a negative or detrimental impact on their sense of self. And more than 50 percent said that it was leaders’ expectations of them to cover that impacted their sense of opportunity and their sense of commitment to their work.

The way to dismantle the need to cover is to get rid of the perceived terms upon which people believe their inclusivity rests. And the way to do that is to have leaders change the perception. “Our research places the demand to cover squarely at the feet of leaders—the cultures they create in their work groups, their businesses, and their organizations as a whole,” said Smith. Therefore, “uncovering” must flow from the very top and be instigated by “emotionally mature leaders who have the capacity and the capability to have conversations across difference and invite difference in the room,” Smith explained. In other words, if leaders change, we all will.

Leading the Way Out

Leaders have been covering for years (as the famous example of FDR makes clear), having keenly felt the need to bury part of themselves to establish their authority. Howard Schultz, Ursula Burns, Steve Jobs, Oprah Winfrey, and many others all eventually made public stories of their deeply impoverished, difficult backgrounds. Others have exposed different struggles. John Chambers, the former CEO of Cisco, kept the fact that he was dyslexic close to the vest until one evening when he went to his daughter’s parents’ night and was asked a question by a student who was unable to properly phrase her thoughts because of her own dyslexia. Chambers said to her, “Take your time. I’m disabled too.” After that night, he made the decision to talk about his dyslexia to help others overcome their own challenges and erase the stigma. Roz Brewer, the current CEO of Walgreens who is one of only two black female CEOs of Fortune 500 companies, recently told the Harvard Business Review that early in her career she made the decision to “bring my whole self to work so I don’t cover up my culture at all.” Now, when she is called upon to give her opinion on matters of diversity and inclusion (which she often is), Brewer continued, “I am as frank as I can possibly be, because I do think I hold a unique position…. I do not hide my culture. I talk about it very openly. I feel it is almost my second reason for being.”

LGBTQ+ leaders, in particular, stand out as great examples of the empowerment that can come from uncovering and what truly authentic leadership looks like and can achieve. They carry a deep understanding of what it is like to not be seen and whole, and it gives them a very strong sense of the importance of inclusion, trust, and connection. “Your upbringing and the decision to come out or be open at work means you have to make a conscious decision about when you are going to be truly authentic to yourself and others, and that moment—that decision—enables you to approach leadership in a completely different way,” explains Justin D’Agostino, Global CEO of Herbert Smith Freehills, an international law firm. Beth Ford, who is the first openly gay female CEO of a Fortune 500 company, has explained her own leadership journey of uncovering: “I’ve worked in many traditionally male-dominated industries throughout my career, and each presented its own unique challenge in terms of who I felt I could—or could not—be in those roles. Overcoming those took confidence, trust, and the support and encouragement of those who knew me best.” She now applies her experience and influence to do the same for others.

The leadership lesson is clear: By displaying vulnerability, you invite vulnerability. Leaders have the ability to unlock vibrant, thriving cultures of inclusivity and reduce covering by providing their own examples of courage and difference. Unless we can make people welcome and heard, it will remain hard to extract the benefits of having diverse people in the room. As our own Egon Zehnder Chair, Jill Ader, recently stated: “It’s time to stop counting diversity and really make diversity count.” Let’s try to keep the spirt of Pride alive—in the office halls, over Zoom meetings, and everywhere in between—and advance the leadership needed to pull back those covers still keeping us apart and inauthentic. 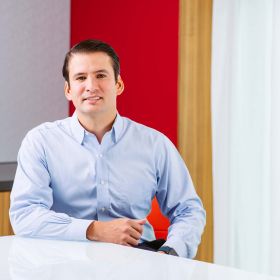 Artemio Garza
Miami
Artemio Garza, based in Miami, is a trusted advisor to leaders across the globe with a special focus on DEI, LGBTQ+ Inclusion and Equality,…
Read more... 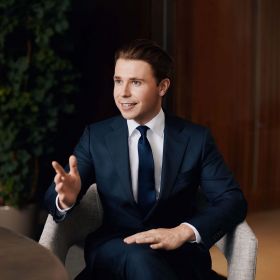 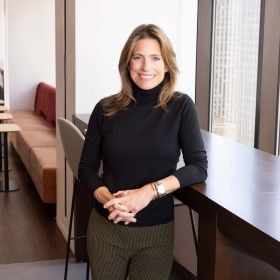