Female managers rarely reach top management in Switzerland but the young generation is determined to change that.

The female quota in Swiss management positions is disappointingly low. According to Egon Zehnder’s 2018 Global Board Diversity Tracker, only 2.7% of Swiss CEOs are women compared to a global average of 3.7%. This male-dominated culture has to change, Egon Zehnder consultant Simone Stebler explained at a “Leaders & Daughters” event, reported by Swiss economic magazine Bilanz.

Change needs to come from the top down to achieve gender diversity in Switzerland – CEOs need to hire more female managers, Zurich-based Stebler said. Change will only really become apparent when the female quota reaches 30% or above.

Interestingly, male executives who have daughters are more likely to strive for diversity in the workplace. Managers’ daughters want to work in a diverse team, demand equal pay and the right to combine both family and career was the clear message from the younger generation to their parents at the Leaders & Daughters’ event.

“Only when parenting is seen as a parent’s job, not specifically a mother’s role, will we see change,” said Stebler. “We have to create a corporate culture that rates female and male leadership qualities the same. Women often unconsciously expect to have to adapt to a male-dominated culture. Management has the power to influence change.”

And Stebler hopes to help achieve it. 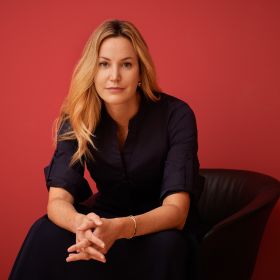