Since November 2018, Jill Ader has been Chairwoman of Egon Zehnder – which makes her not only the first woman to head up the firm but also the first woman to lead any of the major executive search firms. “I love this firm; its values mean a great deal to me,”  says Ader during an interview with German newspaper Handelsblatt at Egon Zehnder's Swiss headquarters.

It was here, in the villa on the slopes of Zürichberg that, back in the 1960s, the firm’s founding father Egon Zehnder laid the foundations for the global executive search empire. Ader says his ideas will continue to shape the firm going forward but at the same time she is banking on gentle reforms: she is looking to expand the firm’s leadership advisory activities and ensure greater transparency.

Ader also aims to have women play a more important part in the future. While Zehnder’s consultants place an increasing proportion of female executives, the c-suites of global corporations are still miles away from gender parity. Ader recently spoke with a number of female CFOs: “When I asked them what their supervisory boards were doing to establish them as potential successors to the CEO, their response was unequivocal,” she says. “‘Nothing.‘ And of course that’s not good enough.” 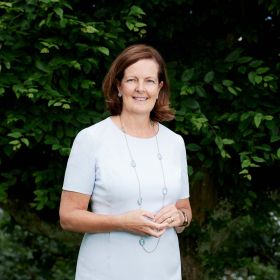 Jill Ader
London
Jill Ader a Senior Advisor at Egon Zehnder. She was elected Chairwoman of our global firm in 2018 and completed her term in October…
Changing language