According to Egon Zehnder’s Jean-Pierre Pedrazzini, most CEOs operate at just 50-75% of their potential, and before being able to transform their company, CEOs first need to transform themselves. In an interview with ‘Agefi’s Elsa Floret, Pedrazzini discussed the results of Egon Zehnder’s global CEO survey, how the role of an executive is changing and how to measure the potential of a future CEO.

Egon Zehnder’s recent conversations with over 400 CEOs revealed in an unprecedented way how the preparation of current CEOs is insufficient. According to the survey, only 38% of externally promoted CEOs feel fully prepared, compared to 28% of CEOs promoted internally. While many CEOs reported that before their promotion they had the feeling of being ready, in retrospect, they realize that they were not sufficiently prepared.

With the rise of social networks and the expectations of civil society in terms of sustainable development, gender parity, diversity, stability and transparency, the human aspect of being CEO is now predominant. Today’s CEOs need to build intergenerational teams and work in a less hierarchical, more inclusive way that attracts and retains the best talent. In the VUCA environment (Volatility, Uncertainty, Complexity and Ambiguity) “CEOs must not only be able to give impetus and direction, but also create a context where everyone is encouraged to innovate, to give their opinion and to collaborate,” said Pedrazzini. 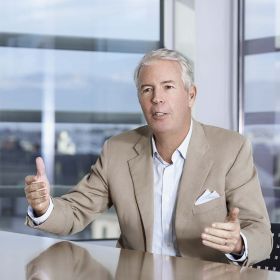