A global business services company was going through a period of upheaval as it faced a new generation of more agile competitors. Implementing a new strategy would require both a headcount reduction and a shift to a more sophisticated workforce. As it prepared to make those painful changes, the executive committee made the conscious decision to be transparent. Through a series of town hall meetings, employees were told of the need to change direction, how large the cuts would be and on what basis they would be made. The company’s honesty softened the blow and reduced uncertainty and anxiety.

Soon after the changes had been made, there were more headcount reductions—this time, with no warning or explanation. Further unannounced cuts and changes led to an exodus from an organization that many felt it could no longer trust—causing the loss of several key executives the management committee was counting on to lead the transformation. The company initially made the difficult choice to be honest and upfront, but its inability to maintain its trustworthiness cost it dearly.

A different dynamic unfolded when a handset manufacturer and a telecom carrier partnered to expand in an under-served Asian market. Having forecast that their revenues would increase by equal proportion, the two firms agreed to split the costs evenly. As the two CEOs sat down to review the first quarter’s results, however, it became clear that to the handset maker’s leader that his firm was receiving a significantly larger revenue bump than the carrier, and he expected the telecom leader to argue for a renegotiation.  But the telecom chief had no intention of changing the deal to which he had committed, confident that things would even out over time. This decision solely based on trust spoke volumes to the handset CEO, setting a foundation for a lasting relationship between the organization and their leaders.

These are two of the examples we heard in a series of in-depth interviews Egon Zehnder conducted with 17 CEOs, functional leaders and other senior executives around the world. Our objective: to gain deeper insight into the role trust plays in organizations today—and how CEOs and other top leaders create and maintain trust. Having a real understanding of the mechanics of trust is critical because while trust has always been important in the workplace, it is more essential today than ever before. As organizations become less hierarchical and CEOs are expected to be more like orchestra conductors than battlefield generals, relationships can grow more powerful than lines of command. Leaders at every level are asking their teams to rethink their products and services, their role specifications and their interactions with customers and business partners. Increasingly, they are encouraged to “bring their whole selves to work,” so that the organization can benefit from a wider range of perspectives and experiences.

Doing these things, however, requires stepping outside well-defined boundaries of behavior and expectation. Few will be comfortable doing so without trust—in their colleagues, leaders and organization. It is not surprising that in the most recent Edelman Trust Barometer, a global survey measuring the trust people have in business, government, NGOs and media, respondents said that ensuring that a company was trustworthy should be a higher priority for CEOs than its profits and stock price.

While the senior leaders we spoke with used a variety of terms to describe what trust means to them, they consistently repeated four themes. These four pillars of trust must all be present:

“Trust moments”: Where trust is built or eroded

Trust is often described in ephemeral, abstract terms centered on feelings. But the reality that our respondents described is more concrete: Trust is built or undermined from specific actions and choices made in specific circumstances. The leaders of the global business services company chose—either deliberately or through inaction—to abandon transparency regarding the company’s downsizing. When faced with an unexpected imbalance in the fruits of a joint venture, the telecom CEO chose to respond with good faith and generosity anchored in a longer-term perspective. The typical executive is presented several times a day with such “trust moments.” When a business unit’s presentation to the board is met with a lack of enthusiasm, does the business unit leader advocate for the team or back away from its recommendations? When agreed-upon metrics dictate that a favored division has its budget cut, does the CFO deliver the bad news or is an exception quietly made? Trust, or the lack of it, comes from the accumulation of responses to this endless series of choices and decisions.

Further, this model holds not just between individuals but among teams and organizations as well. Throughout the course of the day, then, a person moves in and out of a range of trust environments, each with its own history and opportunities for trust to be strengthened or weakened.

Creating the conditions for trust

Building and maintaining trust is about choosing one set of behaviors over another. Often, however, there can be impediments, costs or countervailing forces to making a “trust-building” decision. So while CEOs and executive committees cannot create trust by decree, they can create the conditions that make it easier rather than harder to maintain trust-building behavior. They do so by modeling trust-building behaviors themselves, rewarding those behaviors in others and creating policies that support such actions.

Much of what goes into creating the conditions for trust falls under the category of simply being a good leader. This is not surprising. At the same time, knowing which aspects of good management encourage trust-building behaviors allows leaders to focus on those elements when trust is lacking and to ensure that they are maintained when trust is strong.

The executives we surveyed identified several leadership strategies that encourage people to behave in ways that build trust:

Many, if not most, executives are naturally competitive. While this sense of competition can heighten performance, it can also reduce tasks involving several people or teams into “horse races” in which participants harbor distrust of their competitors. Under these conditions, the best interests of the organization can quickly become overshadowed.

Good leaders know that effective delegation is essential to both building competencies and scaling the team’s capacity. But delegating is also an act of trust, and once the trust to accomplish a task has been given, rescinding that trust through micromanagement doesn’t take you back to zero—it creates a trust deficit that is hard to erase.

Know when to step in (and allow yourself to be stepped in on).

The relationship between a supervisor and a direct report can result in powerful synergy—but it can also be a source of friction and mistrust. The skillful intervention of a well-placed third party can win back and even strengthen trust before damage is done.

Look beyond the surface when assigning credit.

People who are strong at fostering trust and teamwork can sometimes be poor self-promoters. Recognizing and rewarding performance delivered without ego keeps people focused on solving the tasks at hand and encourages similar behavior by others.

Often, trust-eroding behavior comes from fear of the consequences of saying what needs to be said. Conflicting views and missed targets are part of business; what separates great organizations from others is how they are handled.

Trust is strengthened when people know where they stand with one another. Constructive feedback also reinforces trust-building behaviors and a shared commitment to the organization’s goals.

Trust between people, teams and organizations can help lead to remarkable innovations, the achievement of seemingly impossible goals and endurance through agonizing hardships. But while the results can seem magical, there is no magic to it beyond self-awareness. Understanding and modeling the behaviors that promote trust creates a powerful toolkit, both for times when trust is flagging and when it remains strong. 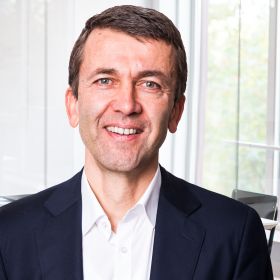 Boudewijn Arts
Brussels
Boudewijn focuses on CEO succession, C-level and Board searches for industrial and broader clients. He is an Executive Coach and passionate about…