Daniel Daeniker, a partner at the renowned law firm Homburger, recently addressed the issue of whether there are drawbacks when a former CEO joins the board of directors of their company, perhaps even becoming its chair. He advocated adopting a best practice approach, as opposed to a more rigid interpretation of international governance concepts. Let me elaborate on that: That leaders need some form of governance is a given. Anyone under no obligation to respect certain principles risks putting themselves first and the company’s welfare second. The question is to what extent top managers are involved when a company defines its code of governance.

The path from CEO to chairman has evolved over the course of history: In family businesses, the patriarch would hand over the business to the next generation and step into a supervisory and steering role. That is still the case today. So it can be in the natural order of things for the ex-CEO to join the board of directors and become its chair. But in order to do so, they must be prepared to fully embrace the new position − and ask questions rather than answer them.

Fact is that the constellation with an ex-CEO as chairman has its pitfalls: A CEO who has risen to the position of chair will be significantly involved in the selection of his successor as CEO. And the relationship between the chairman and the members of the executive board can also be tricky for the new CEO. What is needed here is an ongoing succession plan and process which not only takes into account the suitability and temperament of all concerned, but also includes drawing up value-oriented agreements regarding all the positions on the executive board and board of directors.

In essence, this calls for a succession plan based on a few key maxims:

The governance debate that has sprung up in Switzerland represents a major step forward, although it is important to distinguish between the rules themselves and the spirit in which they were intended. No governance should be seen as carte blanche to place professional supervisory bodies that make well-considered decisions in individual cases under general suspicion. What is essential is a governance process that is worthy of the name and involves owners and stakeholders, including the public. There is more to this challenge than the choice between observing the letter of the law or adopting best practices and it covers a whole host of issues, including cooling-off periods, dual mandates and restrictions on tenure or the call for independent directors. It is all about striking the right balance. And essentially it is about selecting the right people in the right constellations. 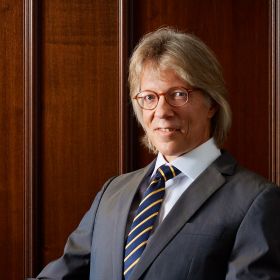 Clemens Hoegl
Zurich
Clemens Hoegl has global expertise in financial services at the board and top executive levels and is active in Egon Zehnder’s CEO, Board Consulting…
Changing language