It is January 2020, and as we leap into a New Year and new decade, we are witnessing a dynamic leadership conversation globally. Many of the world’s most notable leaders have just convened at Davos for the 50th anniversary of the World Economic Forum (WEF); this year’s theme was “Stakeholders for a Cohesive and Sustainable World.” Calls for clarity and commitment to stakeholder capitalism, profit motive and social responsibility were supported with purposeful statements from institutions like the US Business Roundtable and the UK’s Institute of Directors. What does this mean for Chief Executives around the world?

CEOs are finding themselves in new and highly challenged leadership positions. They are being asked to respond equitably to an ecosystem of stakeholders which includes their customers, employees, suppliers, communities, the environment and shareholders, many of which can represent differing interests. Moreover, a heightened focus on the expansion of corporate purpose is taking place at a time when more than half the world’s CEOs are worried about the economy. According to PwC’s 23rd annual global CEO survey, released at the start of the WEF, this more “pessimistic” economic outlook has surfaced due to the immense levels of uncertainty CEOs are currently facing. Over-regulation is rated the top threat globally, but there is also rising concern over economic growth, as well as trade conflicts, climate change, cyber threats, and geopolitical tension.

Confronting so much uncertainty while weighing the demands and expectations of a broader stakeholder group, puts CEOs in a very challenging position, a position that calls for greater resilience and purposeful leadership. “I believe with all of my heart that leadership requires true purpose to be successful,” Jill Ader, the Chairwoman of Egon Zehnder, stated in an article she wrote for the WEF. “When under pressure to perform, people with a sense of purpose have a compass.”

We spoke recently with a group of US CEOs at an annual dinner about how their roles are evolving and expanding in the face of stakeholder capitalism. They agreed that the call for stakeholder capitalism is neither simple nor binary; that this is not a zero sum game between profit and company purpose; shareholders versus other stakeholders; social good versus capital gain. What is often posed as dualistic is instead multifaceted. It involves difficult, interdependent leadership decisions, unique to each situation and business model. “The question is becoming less about if we should adapt to a stakeholder model and more about when. It’s about sequence and priorities,” Said one attendee. Another added, “We may need a new approach to decision making altogether--a whole new way to assess risk and reward.”

Despite real distinctions among CEOs over approach and timing, they acknowledge that those really driving the expansion into stakeholder capitalism are their employees. Millennials and younger groups, in particular, believe fervently in “Mission First” companies. According to the newly released 2020 Edelman Trust Report, 73% of the employees surveyed expect their CEOs to offer the opportunity to shape the future of society in a positive way. As one CEO at our recent dinner explained, “It would be my failure if I can’t convince the investors that not putting mission first would hurt our competitive advantage.”

Employees are asking for more “access and presence” from their CEOs; they want to feel part of a shared vision. One CEO noted that she now spends as much time convening Town Halls as she once did delivering strategy presentations. The Edelman report finds that a “stunning” 92% of those surveyed want their CEOs to speak up on the issues they care about. This is the generation of “I,” of identity first; the workplace is no longer peripheral to employees‘ lives, but instead incorporates their most essential beliefs and convictions. Meeting this balance between individuality, inclusion and belonging has become increasingly important for the organization.

So what does this all mean for CEOs? Certainly a more thoughtful, collaborative and open style of leadership is required. Active leadership of broader and more inclusive stakeholder groups will call for abundant empathy-- “the foundation skill for all social competencies,” according to leadership expert Daniel Goleman—to really understand and include such a broadened followership base.

It’s a loaded charge. Leaders today are learning to lean boldly into the uncertainty, however uncomfortable it may be. They are seeking new ways to evenly engage a more diverse set of stakeholders in order to drive profit and purpose. But this course is neither linear nor formulaic. It is a work in progress. However, one thing is certain. As our own chair, Jill Ader, wrote for the WEF: “A great leader atop an organization has a watershed effect—not only benefiting the executives who report to them but their teams, customers, shareholders and other stakeholders.” 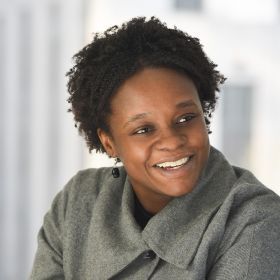 Dede Orraca-Cecil
Boston
Dede Orraca-Cecil, based in Boston, is a member of Egon Zehnder’s Consumer Practice where serves clients in the Media, Entertainment, and lifestyle…
Read more...
Changing language