50%
Percentage of CTOs studied
who have scientific PhDs

Industrial innovation is key to business and societal sustainability. At the individual company level, incorporating differentiated scientific expertise in the way products are designed and how a company operates are key to the defense of above average revenue and margin growth aspirations. At a macro-level, current trends on carbon emissions, environmental degradation, and the move to a circular economy are disheartening, and innovation will have a key role to play if the world is to see a step-change in current trajectories.

We see cause for both optimism and concern. On the positive side, there is universal acceptance of the importance of getting innovation right. Sustainability, which innovation unlocks, and innovation itself were ranked Nos.1 and 3 among topics senior executives say they worry about in a recent Egon Zehnder survey. On the other hand, there is a worrying level of inconsistency about “what good looks like,” and innovation is not on the ExCo and Board agenda in the way it should be.

To get a first-hand view, we spoke to a number of experts in the field, including a diverse set of current and former Chairs, CEOs, and Chief Technology (R&D) / Innovation Officers from technology-intensive industrial companies across the globe. We coupled these interviews with data analysis from over 100 industrial companies globally to spot trends and further avenues for probing.

Our analysis showed that close to 50 percent of Chief Innovation Officers (called CTOs in this document, though several titles are prevalent) have PhDs, with the figure increasing to over 90 percent if you include sciences backgrounds core to the companies in question. However, do you really need a PhD to effectively perform the role of the CTO, or has this just become conventionally accepted wisdom?

A senior former CTO we spoke with strongly believed the PhD was a necessity. “If you don’t get the Tech, you don’t stand a chance,” the former CTO said. Building credibility within both the R&D community and with business leaders seems to be an uphill task without personal scientific credibility. “P&L leaders often don’t make great CTOs, and vice versa,” said another leader.

Leaders also emphasized the importance of investing in innovation management as a functional skill set. Too often, aspiring CTOs are pulled out of R&D focused roles and put into business roles to help them gain commercial skills. Unless this is done based on an individual’s personal preference i.e. wanting to transition out of R&D leadership, it can be a Catch-22 situation, fraught with risk, especially if it is for a lengthy period.

R&D talent can be ill-equipped, temperamentally or through lack of developmental support, to thrive in the daily cut-and-thrust of more commercially focused roles, and by the time they return to the CTO function, they may have lost relevance and credibility within the R&D community. An alternative is to support R&D leaders in incorporating commercial discipline within the R&D function, rather than taking them out of the function for too long in non-R&D related roles. Another method that seems to work well is to rotate leaders in R&D roles between corporate and the business units to help them appreciate both the long-term strategic (corporate) and commercial (BU) R&D imperatives.

Another talent management paradox emerged through our interviews – the skills that serve you early in your R&D career (i.e., being a “rock-star” scientist) become dramatically less relevant at the upper echelons of being a CTO, where a credible scientist with collaboration and influencing, team leadership and commercial competencies seems to be invariably preferred. “Unfortunately, the most creative and innovative scientists rarely make the best CTOs,” most of the experts we spoke with said. This means the way companies think of their CTO talent pipeline will need to be nuanced, and talent management models need to be adaptable to reflect this. There are some suggestions that companies may be struggling on talent pipeline robustness and diversity: More than 50 percent of CTOs surveyed are above the age of 55. Ethnic diversity is at 9 percent of the CTO population, with gender diversity only slightly higher at 13 percent.

A Custodian of Conscience?

The notion of the CTO being core to the “innovation conscience” of the company emerged repeatedly in interviews. “The CTO should be the guardian of the company when it comes to technology gaps and threats,” said one senior leader. “Spending on R&D is not a right; it’s a privilege,” said another. The best CTOs influence the company in making the right long-term technology bets and encourage senior leaders to think beyond hitting quarterly and annual business plan targets. “When I see my company use R&D spend as a marketing tool, I shudder,” said another executive. Nearly 50 percent of companies surveyed championed innovation prominently on their main website, and almost 50 percent of companies had the CTO as a distinct role on the executive committee – however, often, these were not the same companies.

Though the maxim, “If you don’t take risks in R&D, you won’t truly innovate,” does ring true in most cases, CTOs need to earn that right. A CTO needs to pull the plug on R&D initiatives and “pet projects” that have not worked or are unlikely to fulfill their commercial promise. CTOs who do this without pressure from a nervous CEO seem to be the ones who are the most respected and more likely to be heard when they do demand R&D-led risk-taking.

Another fascinating insight we picked up was that though R&D efficiency and effectiveness metrics are widely used, a loss of technology edge is often difficult to identify, and can be extremely difficult to recover from. The nature of R&D cycles and lead-times from lab to commercial maturity mean that the health of the technology function and innovation pipeline are often out of sync with the current financial performance of the business. The slope from “living on past glories” to “resting on your laurels” to “the calm before the storm” can be a treacherous one. A great CTO needs to anticipate inconsistencies, and be brave enough to swim against the tide of management opinion and what the metrics and financial realities suggest when the situation demands it.

Though it could be a stretch to suggest that a CTO enjoys a budget discussion, budgetary considerations are not taboo for the best CTOs. However, ownership and accountabilities need to be clearly defined, and are often not. The overwhelming recommendation from our experts was that all significant initiatives undertaken by the CTO function need clear sponsorship from the business to create business ownership and commercial discipline.

“Beware the trap of the exciting technology, unless you have the competencies to commercialize it,” were the wise words of a former CTO.

“If a major initiative does not have a clear business sponsor, kill it,” was another piece of advice from someone who had battle scars to show for it.

Good CTOs avoid the “not invented here” syndrome and can dispassionately decide whether it makes sense to build relevant technological capabilities in-house or to procure them externally. Strategic partnership with external bodies to share risk, for example with universities or even joint-venture partners if the business case exists, is usually a good idea to enhance productivity. It also has the added benefit of exposing your best scientific and technical talent to the outside world, as well as spotting and attracting the best minds and recruiting them into your company.

CTOs also play a lead role in technology due diligence, both internal and external, but best practice dictates that this be done with clear business unit budget owners. Similarly, having the CTO build a close and productive relationship with the Head of Strategy and M&A is vital – alarm bells should sound if that is not the case, and your R&D roadmap feels out of sync with your strategic plans and M&A agenda.

From Lab to Fab

The best CTOs add value across several major dimensions of innovation: product innovation (new revenue streams for the company); process innovation (applying technology interventions to rethink the cost structure and operating model of a company); and application development innovation (the last mile of making technology fit for customer adoption) being the most common.

Less developed innovation ecosystems seem to be disproportionately geared toward product innovation, and to a lesser extent application development, potentially leaving value on the table, unless these other aspects are being adequately dealt with elsewhere in the company. The best R&D minds can sometimes seem preoccupied with the most complex problems, as opposed to the most material opportunities.

Management of the R&D talent pool is vital, especially in matrixed structures where R&D teams and technical services teams are co-owned with the business unit, and may not have a direct reporting line to the CTO. The CTO needs to be the last line of defense to ensure that in making everyone customer-centric, the science doesn’t get knocked out of the scientist.

We would urge every organization that lays claim to innovation being at or near the top of their agenda, to take stock of their “innovation health.” We would especially encourage the seeking of independent input from outside of the Executive Committee echo chamber (e.g., a sample survey from middle management at minimum). 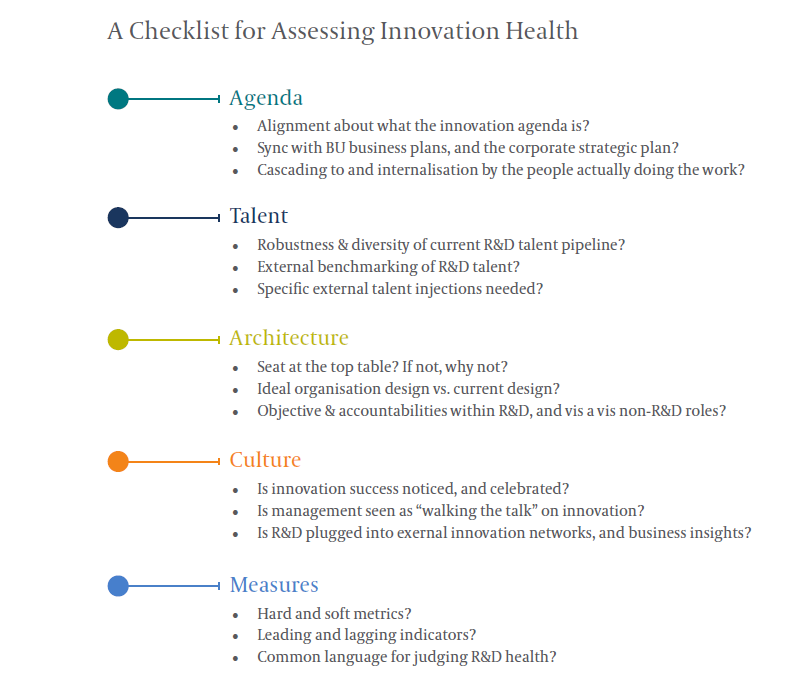 Egon Zehnder believes that an ambitious innovation agenda led by an excellent CTO at the head of a healthy innovation ecosystem can achieve wonders for a company and have highly beneficial knock-on effects on wider societal topics, including climate change and the move to a circular economy. However, we also believe that this will not happen without deliberate enabling actions and choices. Avoid the temptation of saying “but we are different,” because the flipside can be catastrophic to the long-term viability of the company and our planet. The corporate world is not short on case studies of companies that have, or may be about to, miss the innovation boat, and the world may be running out of time and patience faster than companies realize.

Satyajeet Thakur, based in London, is active in Egon Zehnder’s Industrial practice. He is passionate about the R&D agenda within industrial companies, and also co-leads our European Energy & CleanTech Practice.

The author would like to acknowledge the invaluable perspectives of a highly diverse and international set of senior leaders and subject matter experts, which prominently included Cynthia Arnold, Rowena Sellens, Ganesh Kailasam, Just Jansz and Nick Challoner.

50%
Percentage of CTOs studied
who have scientific PhDs 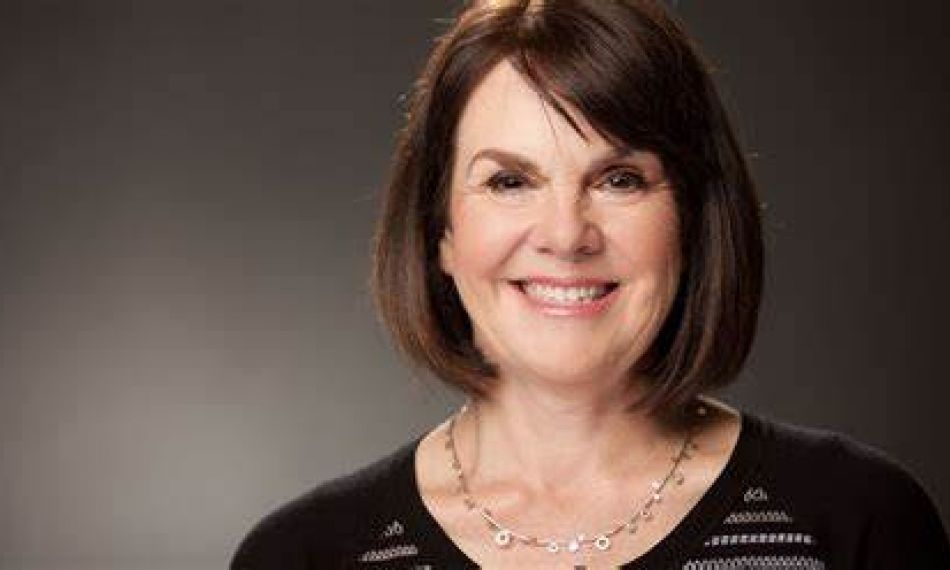 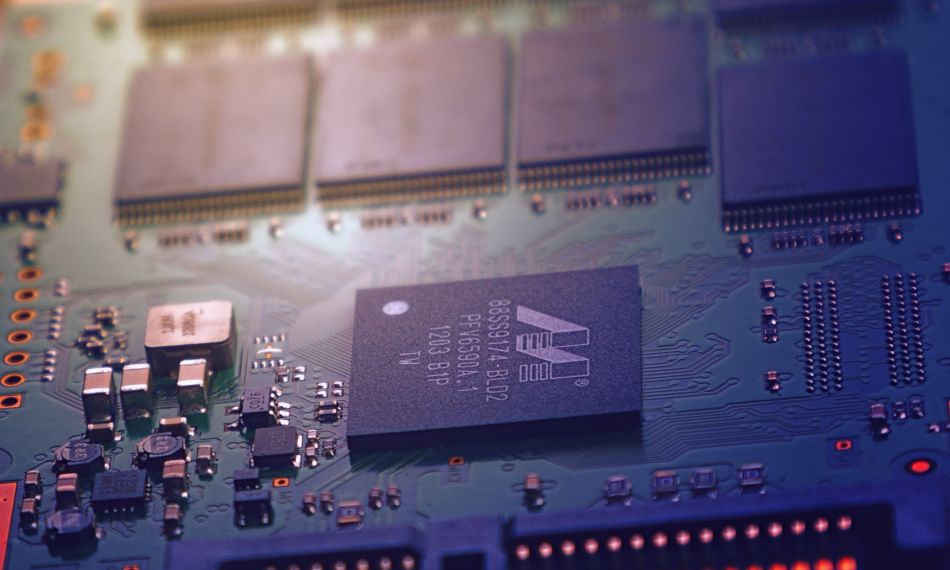 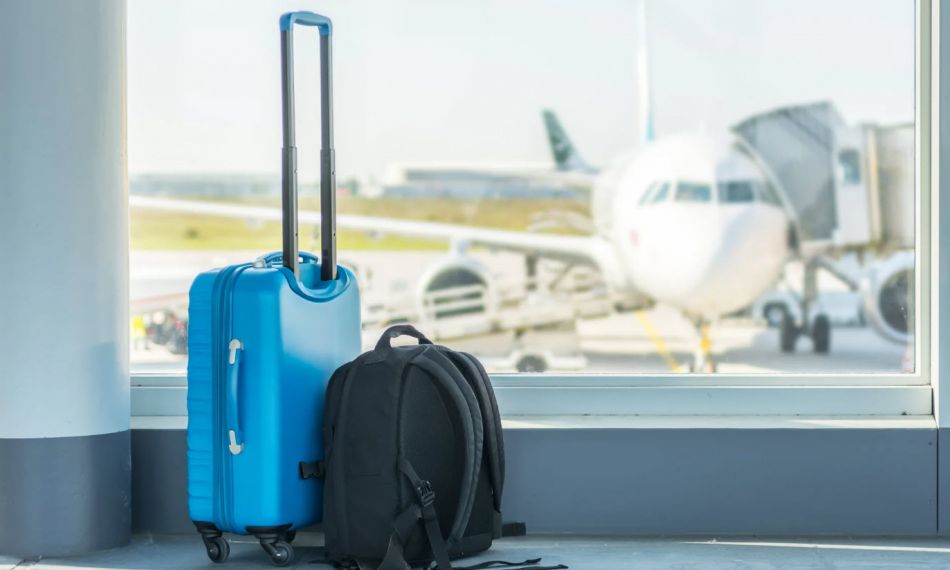 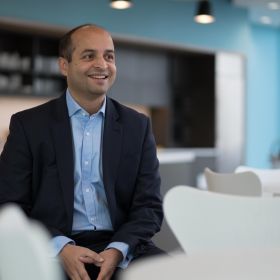 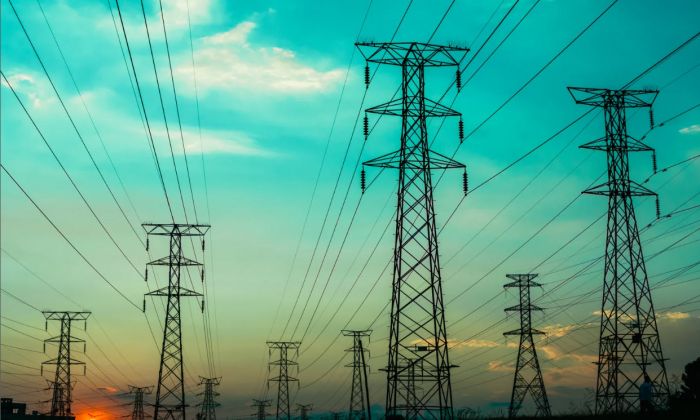 Telecom on the Front Lines

30 Telecom industry CEOs from Italy and other regions around the world share how they are responding to COVID-19. Read more 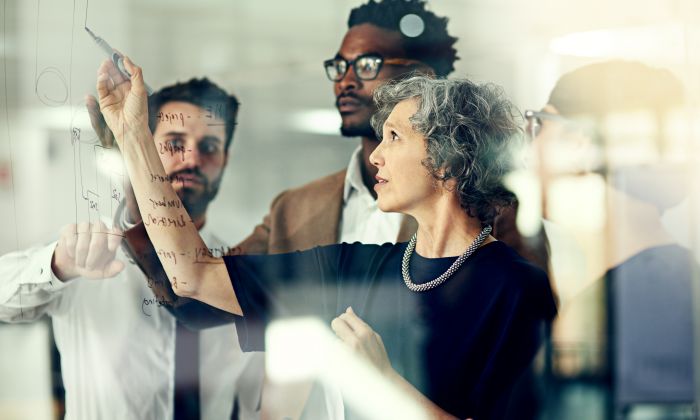 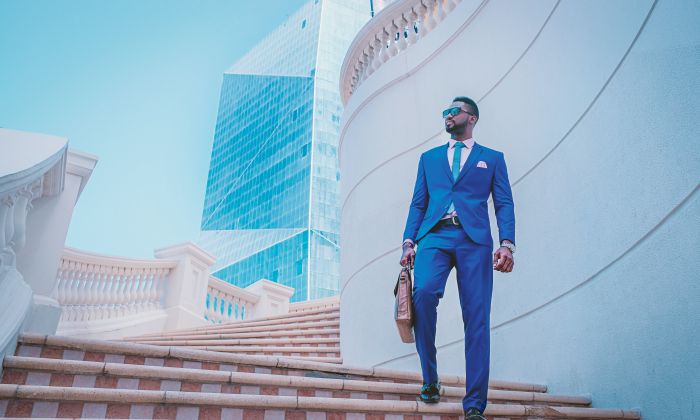 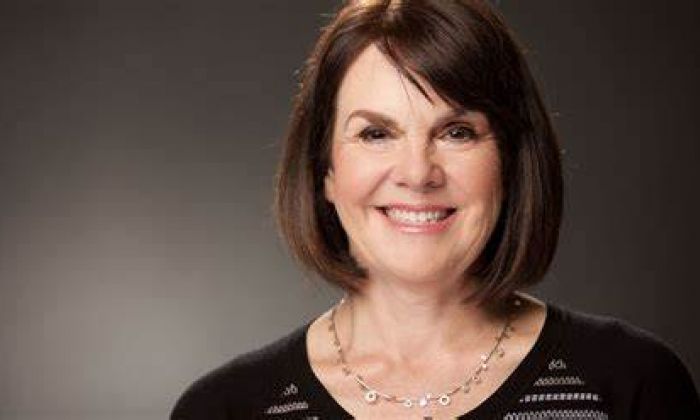 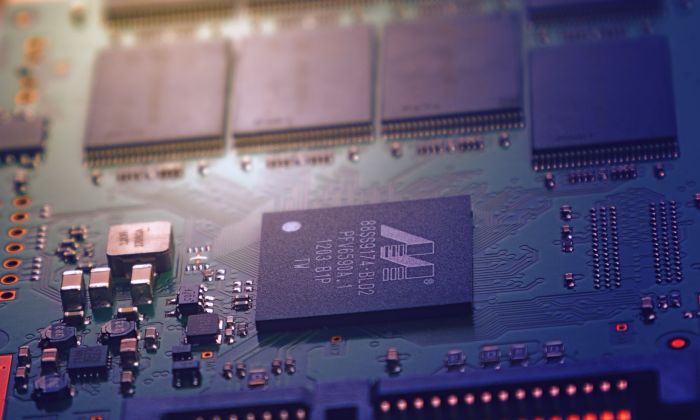 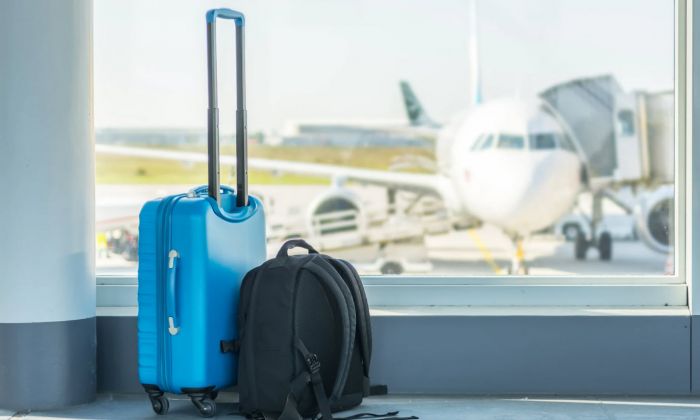