Big consumer packaged goods companies (CPGs) were nearly universally recognized for providing high-potential executives with a PhD-level education in running a business: rigorous top and bottom line management was codified into formulaic company-wide best practices. But it was this very rigor that morphed into weakness as these large organizations were slow to adapt to rapidly changing consumer needs. The explosive growth of online retail enabled agile start-ups to level the playing field with big CPG players by directly connecting with younger consumers and going around brick and mortar retailers to capture the long tail of niche consumer needs. The result: since 2013, more than $17 billion in sales shifted from CPG giants to startups and 90% of all CPG e-commerce growth came from these new, smaller companies.1 In less than a decade, large CPG companies’ scale advantage turned into a liability. Millennials were almost four times more likely than baby boomers to avoid buying products from “Big Food”.2 And in 2018, sales of small CPG firms grew by about 5.8%, far faster than the 0.9% growth rate of the largest CPG brands—part of a trend that saw the market share of big CPG brands decline by 7.2 percentage points from 2015 to 2018.3 Talent flowed out in parallel: At the Kellogg School of Management, traditionally a CPG recruiting machine, only 8% of graduates in 2019 went into consumer products versus 14% in 2016. At Wharton, it was 3% versus 7% over the same period.4

As a response, several of the old-world companies tried to recapture their magic by trying to replicate—organically or through purchase—the start-up model, while shoring up quality on their legacy portfolios. However, these efforts were not enough to reverse the trend.

And then the world changed. COVID-19 disrupted every aspect of our lives, with long-term implications that continue to evolve every day: cities in lockdown, businesses closed, contracting economies and a shift in consumption patterns across channels and categories. But for most large CPG companies, the disruption was in many ways positive, as shoppers stocked up on essential groceries and increased in-home food and beverage consumption.

Whereas the upstarts struggle with cash flow constraints, out-of-stock items due to a frail supply chain model and less attention from retailers, the big CPG players have been able to weather the current crisis. These companies have used their scale to lean in on their strengths: forming crisis cells to react to the impact of the pandemic; partnering with retailers to ensure supply would be there to meet demand on the shelf; redeploying resources across channels as demand shifted; and adapting their advertising messages to in-home settings. Together, these efforts allowed these large companies to respond to their consumers and retailers’ most fundamental need in crisis: Trust.

Although trust in big brands had declined precipitously, when the rubber met the road, the large CPG players leaned into what they do best—and the results in retail sales were remarkable. P&G recorded its biggest sales increase in years in Q1 2020, 5 percent higher than the year before.5 Similarly, Nestle reported its best quarterly sales growth in nearly five years with a rise of 4.3 percent.6 As Alan Jope, CEO of Unilever, recently said: “This is a time when people need trusted brands. And so actually our biggest, oldest brands are doing very well right now. In crises, big brands, trusted brands tend to do quite well.”7

Read more
The Leadership Challenge: Scale with a Start-up Attitude

If history has taught us anything, it’s that complacency isn’t the answer. How do large CPG companies build upon their momentum in the post-COVID19 world? Do they focus on stabilizing their businesses and leveraging their scale the way they always have? Or should they completely rethink their business models and seek to disrupt themselves before anyone else can? The answer to both questions is yes. Big CPGs need to simultaneously stabilize and disrupt their business models. At Egon Zehnder, we often look at two polarities not as opposites, but rather as an opportunity to find the best of both worlds. Disruption and stability are not an either / or proposition.

One example of combining both scale and rapid agility during the coronavirus outbreak comes from PepsiCo, which launched two direct-to-consumer websites in May 2020, allowing consumers to purchase food and beverage products and have them delivered directly to their door. Both websites were set up from concept to execution in less than 30 days to quickly meet consumers’ evolving needs.8

But how can industry leaders take advantage of this polarity in a sustainable manner? By transforming their leadership model at three levels: the individual, the organization and the culture.

Individual: big CPG companies will need to attract, develop and retain a new breed of talent that thrives in an agile start-up culture with high empowerment, rapid decision making and consumer centricity. The winning companies will be the ones that can attract talent that has successfully operated on the other side of the aisle—often digital, tech-savvy and creative—and cross fertilize with existing talent. With several technology companies such as Airbnb and Uber having to reduce their workforce due to the COVID-19 pandemic, there will be plenty of smart, digital-savvy intrapreneurs that large CPGs—whose scale represents resilience and security—can attract.

Organization: Companies must break down the digital silo, often confined to a small group of tech experts or ecommerce evangelists who operate independently of the core business. Instead, scale digitization will require a concerted effort to integrate these capabilities across all levels of the organization, especially in areas such as insights and big data, both key to building consumer intimacy. Furthermore, as acquisition opportunities arise from the current economic downturn, successful integration will involve embedding the acquired people, skills and brands into the existing organization rather than keeping them separate for too long and threatening potential business and capability synergies. Of course, not every acquisition will be a blockbuster success, but if big CPGs take an “acquihire” approach to M&A, similar to Google, each move can serve as a talent infusion that can pay dividends for years to come.

Culture: Finally, successful CPG companies need to actively adapt their cultures to take advantage of the benefits of scale and disruption. Leaders must integrate digital thinking into the organizational culture while evolving the skillset and mindset of existing talent. To enable this transformation, big CPGs must drastically reduce process complexity and streamline decision making. They must make bold moves, from having leaders make major decisions within days rather than weeks, to completely eliminating major corporate planning processes that are often unproductive. Innovation is one major area where CPGs need to change the way they operate: While many large companies boast about reducing new product cycle times by 20-30%, they are looking at the wrong benchmark. Upstart operations are moving at two to three times the rate of the incumbents in launching breakthrough innovations. Big CPGs clearly have the scale and resources to compete – they must now integrate agility into their cultures.

It won’t be easy, but proactively transforming their leadership model to leverage both scale and disruption will allow big CPGs to position themselves for sustainable growth. In turn, the winners will once again act as a magnet for future CEOs armed with the adaptability to drive meaningful growth for years to come. As one senior CPG executive put it – “our vision is to regain our position as the most sought-after company to work for in the world.” To the victor go the spoils. 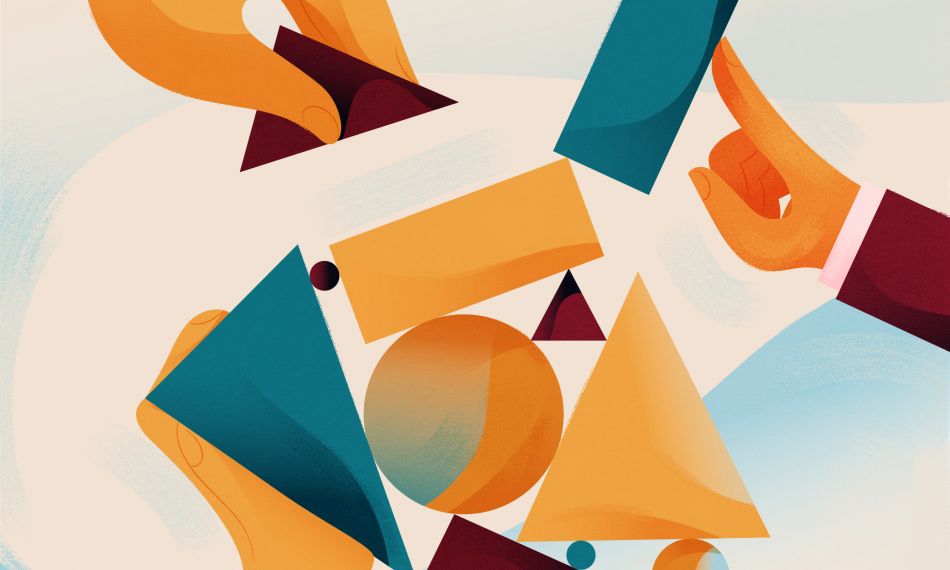 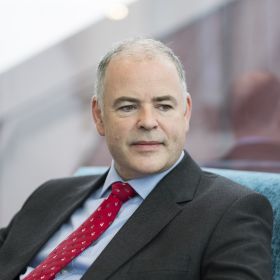 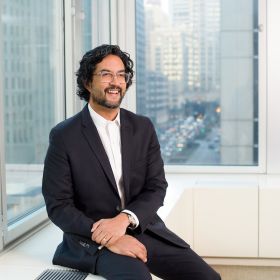 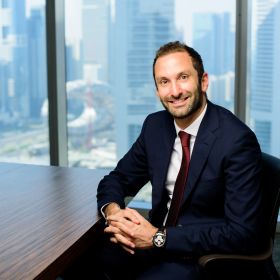 Patrick Nader
Dubai
Patrick Nader co-leads Egon Zehnder’s Consumer and Services practices for the Middle East and is the regional champion for the firm’s Supply Chain and…
Read more... 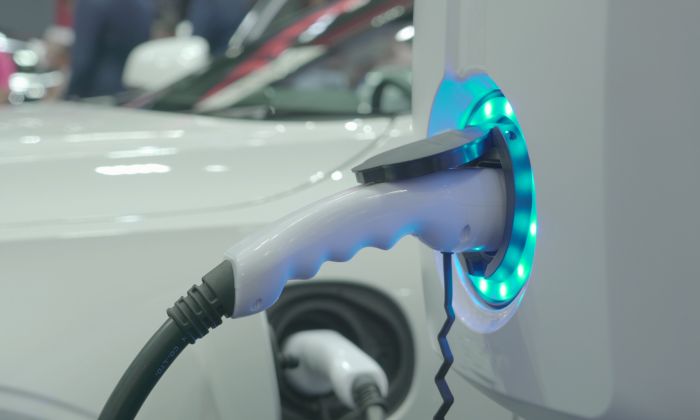 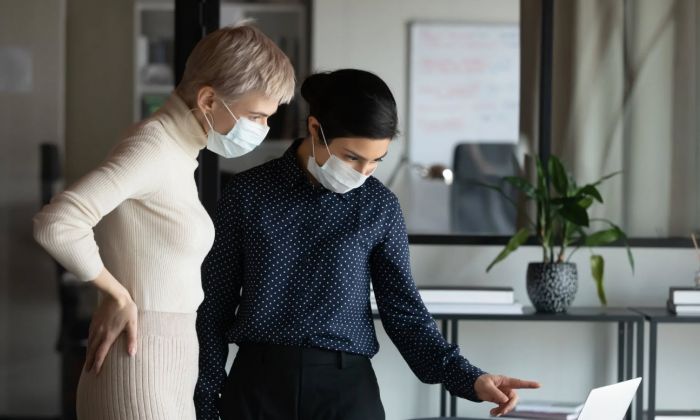 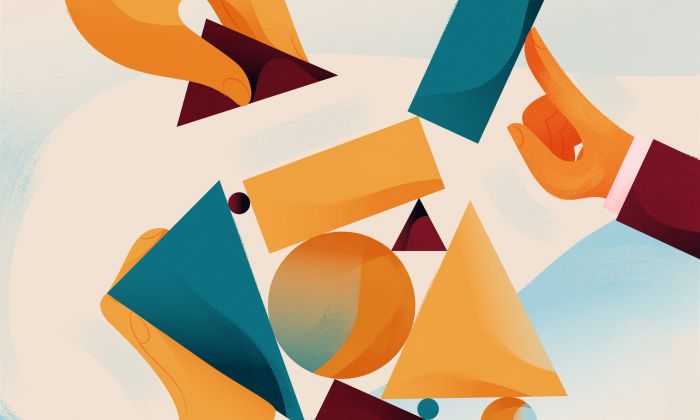